"Empathy is key to getting the right result for the client. If you can't put yourself in the client's shoes, you can't know how best to approach their situation. It's important that my clients know that I understand what they're going through." 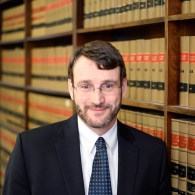 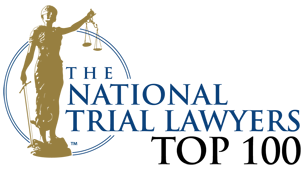 Nationally recognized as a dedicated advocate for whistleblowers in suits involving violations of the federal False Claims Act, Brian Markovitz focuses on holding employers accountable for engaging in massive fraudulent schemes and retaliating against brave employees who report their misconduct. He protects clients all over the country who blow the whistle on illegal activities within several industries, including healthcare, pharmaceuticals, construction plus many more.

Brian handles both individual and class action suits involving a broad range of fraudulent schemes with potential civil and criminal liability, including:

Brian has built a strong reputation as one of the country’s leading practitioners in whistleblower litigation. Popular news sources such as The Washington Post, Baltimore Sun, Bloomberg BNA, The Wall Street Journal and Law360 often call on Brian to provide commentary on high-profile whistleblower cases litigated throughout the country.

Brian has worked with law enforcement officials to recover millions of taxpayer dollars, while also obtaining justice and compensation for clients who are victims of retaliation by their employers. He previously helped a client blow the whistle on Allergan, the maker of Botox®, based on its off-label marketing of the product for pharmaceutical purposes. The efforts of Brian’s team ultimately led to Allergan’s guilty plea to criminal charges and a total settlement of $600 million in civil and criminal fines.

Brian also represented a government contractor in Afghanistan who blew the whistle on his employer’s misappropriation of government funds. His investigation uncovered fraudulent subcontracts worth nearly $20 million that led to the indictments of the scheme organizers and a favorable settlement for his client.

Brian’s goal isn’t just to win the case – it’s also about helping each client in every way he can. He understands that clients are facing an incredibly tough choice between turning a blind eye to misconduct or reporting it to authorities with the risk of suffering various forms of retaliation, including termination. Clients trust Brian to guide them through this difficult decision, and he’s always prepared to enforce their rights in the courtroom after all other alternatives to resolve the case have been exhausted.

All Blogs by Brian J. Markovitz