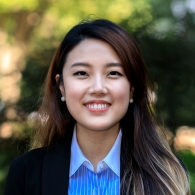 Sarah is an associate at Joseph Greenwald & Laake. She works in the qui tam practice, representing whistleblowers nationwide in sealed investigations and unsealed litigation under the federal and state False Claims Acts.

Sarah joined JGL in 2016 as a summer law clerk, and worked almost exclusively on qui tam matters since. She continues to represent whistleblowers in cases that involve various types of fraud perpetrated by various actors, including:

Sarah earned her J.D. from the University of Maryland School of Law in 2018. At Maryland, she served on the Moot Court Board and was an elected officer of the student government organization. She also worked as a student attorney for the Mediation Clinic at Maryland Law. She is a qualified court-designated mediator under Maryland Rule 17-304. In 2017, Sarah received the CALI Excellence for the Future Award in her Health Law Seminar: Fraud and Abuse, which is awarded to the highest scoring student in each law school class.

In 2017, she was a judicial intern for the Honorable Clayton Greene, Jr. of the Court of Appeals of Maryland. She spent a law school summer as a judicial intern for the Honorable Nancy Purpura in Baltimore County, working on special dockets dealing with mental health issues. She was also a Research Assistant for Professor Richard Boldt at Maryland, examining key issues and problems with drug treatment courts and other problem-solving courts.

Sarah received her bachelor’s degree in Political Science from Boston University, where she also served as the Vice-President of her class for three years.

Upon graduating, she accepted a press position at the U.S. Senate Health, Education, Labor, and Pensions Committee. She later worked on health care issues encompassing agencies, institutes, and programs of the Department of Health and Human Services, as well as public health and health insurance statutes. Sarah has worked under various members of the Senate during her time on the Committee, doing both press and legislative work. Her experiences on the Hill prompted her to pursue a legal career in health law.

In addition to health law, Sarah has an ongoing passion for politics and the media; constantly looking for avenues to integrate the three areas in her career. At Boston University, she hosted her own radio show after convincing the director to give her a chance at the job even though she was not a communications major.

Sarah is admitted to practice in Maryland.

Sarah Chu In the News