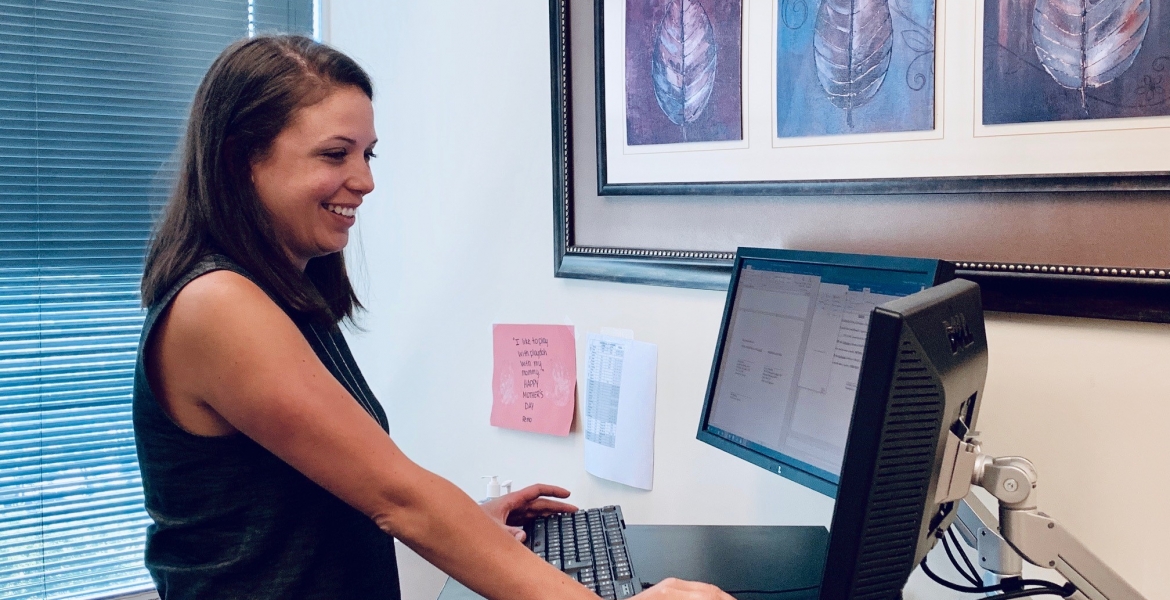 I started out in college as an education major, thinking that I wanted to teach and eventually become a professor.  I did not enjoy my education classes at all, and by chance I took a legal writing class as an elective.  It focused on persuasive writing, and I found that I really enjoyed it.  That planted a seed, and got me to start looking into law school.  I ended up working for a year after college before going to law school, and that solidified the decision for me.

In family law today there are quite a few female attorneys, compared to several decades ago.  I am incredibly grateful for all of the female attorneys who had to fight tooth and nail just to be taken seriously.  I recall one female attorney relating a story from many years ago about an older male judge who, each time she appeared in front of him, questioned whether she was actually a barred attorney.  After indicating to him on several occasions that, yes, she was a barred attorney, she responded by reminding him that she had answered this question before and perhaps he was having difficulty with his memory.  That was the last time he asked.  Today there are certainly still biases and hurdles that female attorneys face, they just aren’t usually quite so blatant.

Almost every case is interesting – otherwise they wouldn’t need me!  Our clients come from all walks of life.  Through my clients I have learned about different religions and cultures, I’ve become extremely knowledgeable about businesses and industries that I had never even heard of before, and I’ve learned a whole lot about parenting and relationships.  Individuals going through a divorce or custody battle are going through one of the worst times in their lives.  I’ve learned both from clients who have handled the situation extremely well under immense pressure, as well as clients who have had missteps.

I am confronted with an overwhelming amount of information each day.  There are almost constant emails from clients, opposing counsel, experts, etc., and we are routinely exchanging of thousands of documents in discovery.  The law is also ever changing, and it is critical to stay on top of new statutes and case law.  As an attorney you need to be able to digest, and recall, that information, as well as have a system of organizing and storing information and documents.  And you need to constantly re-evaluate those systems to make sure they are still optimally efficient with ever changing technology and developments in the field.

As a young attorney, it can be intimidating going up against opposing counsel who have been practicing law for longer than you have been alive.  This quote helped to put it in perspective though.  Just because an attorney is the loudest or most aggressive, doesn’t mean they are right on an issue or going to prevail in court.  If you are prepared, and know the facts and the law of the case, it gives you the confidence to quiet even the most blustery of opponents.

As a Senior Counsel in the firm’s Family Law practice group, Allison McFadden focuses exclusively on protecting and enforcing the rights of spouses, parents and children involved in complex and emotional family law matters before courts in Montgomery County and throughout Maryland. Her practice covers every type of family law matter that impacts the lives of her clients, including the following: