Is it Time to Move Contributory Negligence Laws Out of the Bike Lane? 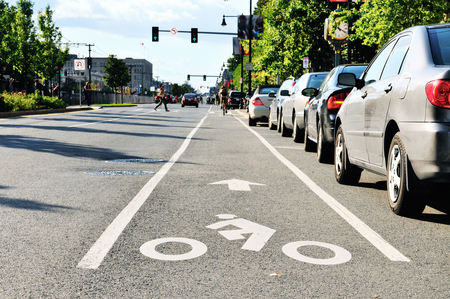 Maryland and the District of Columbia, along with Virginia, North Carolina, and Alabama, continue to adhere to the minority rule of tort causation known as “contributory negligence.”  “Contributory negligence, if proved, is a complete defense that bars a plaintiff’s recovery in a negligence action.” Warsham v. Muscatello, Inc., 985 A.2d 156, 167 n. 10 (Md. App. 2009). Contributory negligence has been defined traditionally as the failure on the part of the plaintiff to observe ordinary care for [his or her] own safety. Kasten Construction Co. v. Evans, 273 A.2d 90, 92 (Md. 1971); Menish v. Polinger Co., 356 A.2d 233, 236 (Md. 1976). At its heart, contributory negligence is “the doing of something that a person of ordinary prudence would not do, or the failure to do something that a person of ordinary prudence would do under the circumstances.” Potts v. Armour & Co., 39 A.2d 552, 556 (Md. 1944). “Contributory negligence, if present, defeats recovery because it is a proximate cause of the accident; otherwise, the negligence is not contributory.” Batten v. Michel, 292 A.2d 707, 711-12 (Md. App. 1972).  In other words, if the plaintiff contributes even slightly (even by so little as 1%) to the happening of his or her injury, he or she is absolutely barred from recovery.

“The burden of proving contributory negligence is on the defendant.” Reiser v. Abramson, 286 A.2d 91, 93 (Md. 1972). It is important to stress that “[i]t is not every action on the part of a litigant which an opponent by way of ‘second guessing’ or hindsight may successfully label as contributory negligence.” Rogers v. Frush, 262 A.2d 549, 552 (1970).  “[I]n measuring contributory negligence, the standard of care to be used as the criterion is that of an ordinarily prudent person under the same or similar circumstances, not that of a very cautious person.” Menish, 356 A.2d at 236.

The four other jurisdictions applying contributory negligence have a body of case law generally similar to that found in Maryland.  The remaining jurisdictions use a more modern doctrine known as “comparative negligence.”  Under comparative negligence, the jury is asked to assess the relative degree of fault between the plaintiff and the tortfeasor and to reduce their award accordingly, so long as the plaintiff is less than 50% at fault.  For example, if the jury finds that the tortfeasor was 75% at fault for an occurrence, with the plaintiff being 25% at fault, and there is an award of $100,000 in damages, the plaintiff will recover $75,000.  If the plaintiff is more than 50% at fault, he or she cannot recover for his or her injury.

The Maryland Court of Appeals indicated in Coleman v. Soccer Association of Columbia, 69 A.3d 1149 (Md. 2013) that any abrogation of the contributory negligence doctrine in Maryland will have to come from the General Assembly, which has shown little inclination to do so to date.

On the other hand, the District of Columbia has moved at least somewhat away from the contributory negligence doctrine.  On October 13, 2016, Mayor Muriel Bowser signed the “Motor Vehicle Collision Recovery Act of 2016.”  This legislation enables pedestrians and cyclists to recover up to 100% of their damages arising out of a collision with a motor vehicle, so long as the pedestrian or cyclist is less than 50% at fault for the happening of the accident[1].  In signing the law, Mayor Bowser said that “[o]ur streets are made for everyone and the Motor Vehicle Collision Recovery Act of 2016 sends a strong message that pedestrians and cyclists are welcome in the District.  This legislation gives much-needed legal protection to more commuters and more equity to the streets of D.C.[2]”

In considering the new D.C. law, it should be noted that it does not eliminate contributory negligence in all cases.  Contributory negligence still applies in all other types of tort cases (such as slip and falls, most notably).  Rather, the new statute removes contributory negligence as a consideration in those limited cases where a pedestrian or a cyclist is struck by a motor vehicle and the pedestrian or cyclist is found to be less than 50% at fault for the happening of the accident.  Interestingly, the statute does not include a comparative negligence provision reducing the amount recoverable by the plaintiff based on his or her negligence.  Even if the plaintiff is 49.9% at fault for the happening of the accident, he or she will still recover his or her full measure of damages.