Military Divorce: 5 things you need to know before you say “I don’t”- Part I 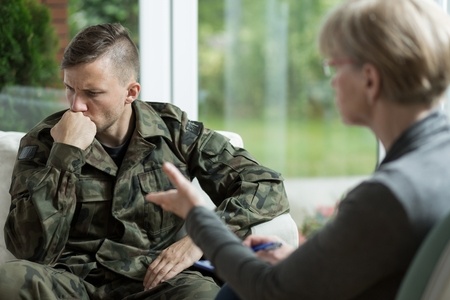 Divorce, in and of itself, can be a difficult and complicated process. If you or your spouse is a member of the U.S. military, there are additional factors, considerations and challenges that come into play.

This two-part article navigates through some of the most common hurdles our military servicemember or servicemember spouse clients encounter:

Where do I file for divorce?

Divorce, custody, child support, alimony, and the division of property are not decided by military courts.  Rather, it is the state courts which oversee those issues.  You can file for divorce in the State of Maryland so long as you meet one of the following requirements:

Maryland courts can still have jurisdiction over a service member who is stationed outside of Maryland, or even outside of the country, if his or her “domicile” is established in Maryland.

When deciding whether a servicemember’s “domicile” is in Maryland, the Courts will look to the following factors:

In addition to the residency requirement, the active duty spouse must also be personally served with a summons and with copies of the divorce action for a Maryland court to have jurisdiction over an armed services member.

The active duty member can waive the right to being served in an uncontested divorce if they have signed and filed a waiver affidavit, thus acknowledging the divorce action.

Does the Servicemembers Civil Relief Act apply to my case?

One of the protections afforded by the SCRA to servicemembers is the option to delay proceedings while on active duty.  This option is derived from Congress’ recognition that active duty service could prevent a servicemember from participating in litigation.  The SCRA enables servicemembers to devote their time and energy to the defense of our Nation and protects servicemembers from the judicial or administrative proceedings moving forward in their absence.

Under the SCRA, divorce proceedings may be postponed while a servicemember is on active duty and for up to 180 days after the servicemember is released from active duty. However, the postponement is not automatic.  A servicemember must first file a written request for protection under the SCRA with the Court in a timely manner. Upon receiving a proper request, the Court is required to grant an automatic stay of proceedings of at least 90 days. Requests for a postponement greater than 90 days are within the discretion of the Court.

If the servicemember on active duty consents to the matter moving forward in its due course, he or she may waive his or her SCRA rights by filing a written waiver with the Court.

How is a Servicemember’s income calculated for child support & alimony purposes?

Figuring out an appropriate amount of child support and/or alimony in a case first requires a determination of each spouse’s “actual income.”

In cases where the servicemember is retired, military retirement pay is included as income.  In addition, disability benefits are considered as income for purposes of calculating child support and as a resource for purposes of determining one’s ability to pay alimony.

The overarching theme in Maryland child support cases is ensuring that the financial needs of the child are met and equitably divided between the parents.  In most cases, the Maryland Child Support Guidelines are used to determine the appropriate amount of child support to be paid. The Court is able to deviate from the Guidelines if, based on the facts of your case, it finds that an application of the guidelines would be unjust or inappropriate.  The Court should, therefore, consider all the resources available to each parent, and for servicemembers, that includes all forms of military pay and benefits, taxable or non-taxable.

Another important consideration is that under U.S. and Maryland law, only 65% of one’s “disposable wages” is subject to garnishment (the limit reduces to 50% if the member is supporting a second family.)  “Disposable wages” are defined as earnings that remain after deductions or withholdings required by law.  For military retirees, only “disposable retired pay” is subject to garnishment. The term “disposable retired pay” is defined as the gross total retired pay minus any of the following:

This is most often seen in matters involving retired veterans who become disabled during military service while in the line of duty and eligible for disability income. The retiree must waive his retired pay to the extent of the amount of disability pay he receives.  Because disability pay is tax-exempt, military members will normally elect to receive the maximum disability pay benefits for which they are eligible.  This election reduces the disposable wages subject to garnishment.

Note: This is Part I of a two-part series on common issues facing military servicemembers and their spouses during a divorce.  Part II discusses the division of military retirement pay and eligibility for continued health care through Tricare. Please click here to read Part II.

Rama Taib-Lopez represents individuals throughout Maryland in complex family law disputes and related immigration matters that often arise involving non-citizen spouses and special immigrant juveniles. Her goal is to provide each client with excellent representation. She highly values the trust and confidence her clients place in her, and she works hard to earn it. She has extensive courtroom and alternative resolution experience in every type of family law dispute and immigration proceeding her clients may encounter.