What Do Immigrants Need to Know When Considering Personal Injury Litigation? 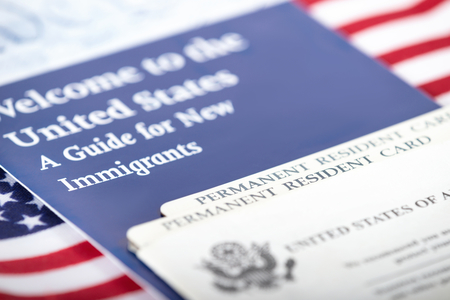 In a recent case out of the Superior Court of Connecticut, Judicial District of Fairfield, a personal injury plaintiff argued that the fact that he “is an undocumented immigrant, resident or worker, does not bar him from recovering lost earnings, whether past or future; nor is it relevant to establishing an appropriate amount of damages.[1]”  In ruling on a motion in limine on the issue, the Court found that:

Connecticut courts have taken the rationale and analysis set forth in the Guamamtario case and expanded its applicability to pretrial discovery.  The Superior Court of Connecticut, Judicial District of Litchfield, has held that “in [a] car accident case, with no pending lost wages claim…, inquiries into immigration status…are not within the permissible scope of discovery.[6]  As such, the Court entered a protective order prohibiting deposition questioning of the plaintiff regarding “any identification documents that the plaintiff submitted to receive his [driver’s license]; asking whether he has a green card, visa, or passport; asking whether he is a United States citizen or a citizen of another country; asking whether he has a social security number or other tax identification number; and/or asking any questions about the manner in which he entered this country.[7]”

It is reasonable to expect that a Maryland court dealing with evidence of a plaintiff’s immigration status would make a similar ruling as the Connecticut courts hearing the Guamamtario and Jimenez cases.  Indeed, it is well established that undocumented immigrants have the right to access the court system in order to sue to enforce contracts and seek redress of civil wrongs, such as negligently inflicted personal injuries.[8]  In 2005, Maryland joined the growing list of states which explicitly recognized that an undocumented immigrant injured in the course of his employment was eligible for workers’ compensation benefits.[9]  To be certain, workers’ compensation is, for all intents and purposes, a personal injury remedy.[10]

Although relevant, evidence may be excluded if its probative value is substantially outweighed by the danger of unfair prejudice, confusing of the issues, or misleading the jury, or by considerations of undue delay, waste of time, or needless presentation of cumulative evidence.

Courts across the country have recognized that evidence of a party’s immigration status carries with it a great and possibly devastating potential for prejudice.[11]  In fact, the Supreme Court of Washington held in the Salas case that

[i]ssues involving immigration can inspire passionate responses that carry a significant danger of interfering with the fact finder’s duty to engage in reasoned deliberation.  In light of the low probative value of immigration status with regard to lost future earnings, the risk of unfair prejudice brought about by the admission of a plaintiff’s immigration status is too great.  Consequently, we are convinced that the probative value of a plaintiff’s undocumented status, by itself, is substantially outweighed by the danger of unfair prejudice.[12]

Finally, it is not likely that a Maryland court would permit an undocumented immigrant’s immigration status to be used for impeachment purposes at trial.  In order for a witness’ credibility to be impeached, Md. Rule 5-609 requires evidence of a conviction of a crime, plus such crime must be an “infamous crime” or other crime relevant to the witness’ credibility, and the court must determine that the probative value of admitting the evidence outweighs the danger of unfair prejudice to the witness or the objecting party.  In the overwhelming majority of cases, the witness will not have been convicted of “illegal immigration.”  Even if there was a conviction, it is doubtful that a Maryland court would consider a violation of immigration law to be serious enough to rise to the level of an “infamous crime.” And, as indicated above, the prejudicial effect of such evidence would far outweigh any probative value it may have at trial.