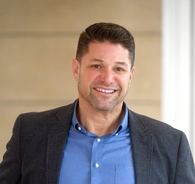 JGL Principal David Bulitt is a featured contributor in this week’s special issue of The Daily Record: “Opioid Special Coverage: The Road to Recovery.”  The Daily Record’s reporting comes at the end of another year of record-high opioid abuse. Since the early 2000s, the level of opioid abuse and addiction has risen steadily.  Bulitt’s article, “Maryland’s Courts and the Opioid Epidemic” focuses on the Maryland Judiciary’s response to this growing crisis.

Bulitt shares that Maryland is one of the states that was an early adopter of programs that work not only to enforce the law but also to coordinate teams of professionals to help families struggling with drug addiction.

He also notes that drug courts have been in place in the state since 2004 but have grown more prevalent because of the ongoing opioid epidemic. By creating a collaborative group of professionals in each case, David pointed out, courts can monitor and guide each step of a person’s recovery from drug addiction.

David focuses his practice on complex family law cases, helping clients in Maryland and Washington, DC, through difficult times, including divorces, custody battles and other contentious domestic conflicts. Clients regard David as both a skilled negotiator at the mediation table and as a staunch advocate in the courtroom. David is also the author of two popular books of fiction. He is a member of JGL’s Executive Committee.

To read Bulitt’s article, click on The Daily Record logo below.