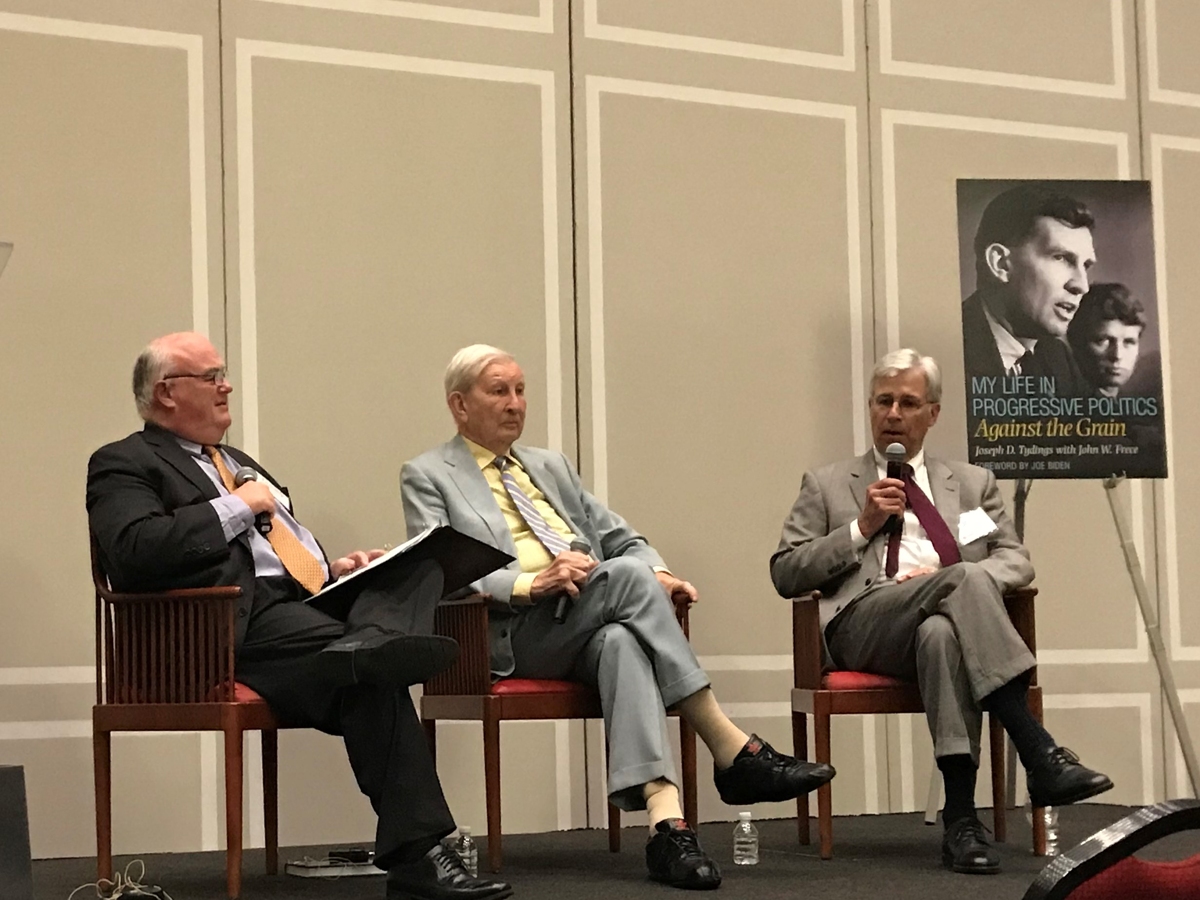 Tim Maloney recently served as host for a special event to discuss a memoir by his good friend and colleague former Maryland Senator Joseph D. Tydings. Tim has known Tydings since he campaigned for Senate in Prince George’s County in 1964. At the event, Tim Maloney included some his own memories as he teed up questions for Joe Tydings and his co-writer and former Sun reporter, John W. Frece. The memoir, “My Life in Progressive Politics: Against the Grain,” is surprisingly timely. Tydings looks back on a life of public service, from the Maryland General Assembly to chief federal prosecutor in Maryland and ultimately to the United States Senate.

The celebration took place at the University of Maryland’s Samual Riggs IV Alumni Center and included about 80 attendees. “It was a true honor to be a prominent part of such a remarkable event,” stated Maloney. “Tydings has had a wonderful influence on both my personal and professional life,” he continued.

Tydings’ book, titled "My Life in Progressive Politics: Against the Grain," was published in late April and documents his career as he fought for progressive issues like gun control, healthcare and environmental protection.

William F. Zorzi provides a detailed and personal description of the celebration in an article found on Maryland Matters, a website that delivers news about Maryland government and politics. In this article, he shares, “The session was anything but a melancholy occasion; it was at times hysterically funny, rather than some sort of lament for the past.” To read more about the event, click here.