"We are aggressive, creative, and knowledgeable about the law. But most importantly, we listen. We pride ourselves on spending the time to develop personal relationships that enable us to truly understand our clients' situations." 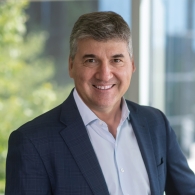 Jay has been lead counsel in several high-profile cases that have received national media attention. In Clark v. Prince George’s County, he represented a group of 64 highly qualified firefighters whose employment offers had been rescinded based on the county’s illegal affirmative action policy. Jay obtained the extraordinary relief of an affirmative injunction requiring the county to hire the firefighters. Jay also successfully blocked the Maryland Board of Elections’ attempts to oust Elections Administrator Linda Lamone for political reasons.

Jay has achieved extraordinary success in several high-profile qui tam cases under the False Claims Act, resulting in settlements of hundreds of millions of dollars. For example, Jay represented the relator in the case of United States ex. rel Hallivis v. Allergan. In that matter, Jay pursued a whistleblower case against Allergan, the maker of Botox®, for off-label marketing of Botox for pharmaceutical purposes. Allergan ultimately pled guilty to criminal charges and settled the case for a total of $600 million in civil and criminal fines. Jay also successfully pursued a case of off-label marketing and misrepresentation against the spinal device maker Trans1, which resulted in a total settlement of $6 million. He also prosecuted and resolved qui tam and retaliation matters for millions of dollars on behalf of his clients in cases involving over-billing on Defense Department contracts and failing to pay government-required wages to employees on multiple government contracts.

Jay has obtained favorable results for government and private-sector employees in severe sexual harassment and retaliation cases, resulting in millions of dollars in settlements and other relief for his clients, including job transfers, reinstatement of leave, and reimbursement of attorneys’ fees.

Jay is known for providing superior service to all his clients. One client said of him, “Thank you for taking the time to explain the law, strategy and our case. You have a natural ability to explain things in a very methodical and informative way. Kudos on that talent!”

Outside of work, Jay enjoys spending time with his wife, daughter, and son. He is an avid skier and enjoys other outdoors activities as well.

Jay P. Holland In the News

All Blogs by Jay P. Holland