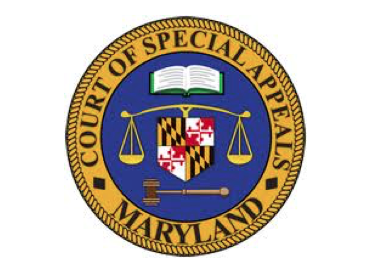 This blog is a summary of recent significant appellate decisions by the Court of Special of Appeals of Maryland in the areas of Workers’ Compensation, Insurance, Landlord-Tenant, Guardianship, Lead Paint, Corporations and Associations, Foreclosure, and Family Law.

Held:   The court noted that the general rule applied by other jurisdictions is that “’profits derived from a business are not to be considered as earnings and cannot be accepted as a measure of loss of earning power unless they are almost entirely a direct result of [the claimant’s] personal management and endeavor.’” Slip op. at 16 (alteration in original).  The court recognized a built-in exception to the general rule, applicable in this case, where an individual is “the only employee of the sole proprietorship, and all of the income of the sole proprietorship was the direct result of his ‘personal management and endeavor.’”  Id.  Mindful of this, the court stated that, while there were some cases from other jurisdictions where wages were determined using gross income, they were distinguishable “because they involve situations where either: 1) the sole proprietorship had no net income; or 2) before the Commission, the claimant presented some alternative to net income as a basis of determining AWW.”  Id. at 16-17.  Therefore, the court held “that under the circumstances of this case, the Commission did not err in concluding that AWW should be based on Long’s net profits. As demonstrated, the overwhelming majority of cases decided by our sister states supports the conclusion reached by the Commission in this case. To disregard appellant’s business expenses in calculating the AWW of a sole proprietor would lead to an unjustifiably inflated AWW figure – a figure far higher than the economic advantage Long gained by working.”  Id. at 21.

Held:   Recognizing that no Maryland decision addressed this issue, the court analyzed two extra-territorial decisions providing analysis of the terms.  The court utilized the Kansas Supreme Court’s definition of “dependent person,” namely: “one who relies on another to provide ‘substantial contributions . . . , without which he would be unable to afford the reasonable necessities of life.’”  Id. at 12 (ellipsis in original).  In this case, although the driver lived in the same home as the policy holder, they were unrelated and he paid rent.  Moreover, he moved in and out of the home on three separate occasions.  Additionally, although they had a “semblance of familial relationship,” the policy holder never claimed the driver as a dependent on his tax return, never gave him any money, credit cards, or an allowance, never paid for his medical care or designated him as a beneficiary of his health insurance policy, and admitted that he exercised no control over his comings and goings.  Under the facts, the court held that the driver was not a “dependent person” within the meaning of the policy.  Id. at 13.

Citing the Michigan Supreme Court, the court also determined that the phrase “in the care of” is not ambiguous and applied that court’s non-exhaustive list of questions.  Considerations include: 1) legal responsibility for care; 2) dependency; 3) supervisory or disciplinary responsibility; 4) substantial essential financial support; 5) the circumstances of the living arrangements; 6) the age of the person alleged to be “in the care of”; 7) his or her physical or mental health status; and 8) whether he or she is gainfully employed.  Id. at 15-16.  The court observed that seven of the eight factors favored the conclusion that the driver was not “in the care of” the policy holder.  Id. at 16.  Therefore, the court held that the driver was neither a “dependent person” nor “in the care of” the policy holder.  Id. at 17.

Issue:   In a breach of lease action on a lease providing for automatically renewable one-year lease terms, whether the amount in controversy is calculated based on the number of months remaining in that year’s lease term or by multiplying the annual fair market rental payment by the number of years remaining in the lessee’s life expectancy.

Held:   The lessee’s lease, by its express terms, automatically renewed for successive one year terms unless terminated for good cause.  Therefore, the lessee had the right to possess the property for an indefinite period of time.  As such, “the correct method of calculating the amount in controversy in this case, that is, the value of [the Lessee]’s right to possession of the leased premises, should be determined by multiplying the annual fair market rental payment by her remaining estimated life expectancy.” Slip op. at 16.

Issue:   Where a disabled person, who has a court appointed guardian, entered into a reverse mortgage but the guardian later refuses to ratify it, is the agreement void or merely voidable?

Held:   The court recognized that a disabled person lacks the capacity to enter into a contract or convey an interest in real property.  Slip op. at 13.  Importantly, guardianship proceedings afford constructive notice of one’s disability.  Id. at 13-14.  Although Maryland’s guardianship statute does not directly address whether a deed conveyed by a disabled person is void, the court has previously held that a disabled person holds no legal title to property.  Id. at 22.  Therefore, the court held that the purported reverse mortgage transaction was void ab initio.  Id. at 25.

Issue:   “[W]hether a lead paint plaintiff who relies on circumstantial evidence to establish the elements of her prima facie negligence case — including proof that the defendant’s property contained lead paint — has a burden of production to present evidence ruling out any reasonable probability that her elevated blood lead levels were caused by other potential sources of lead exposure.”  Slip. op. at 8-9.

Held:   In a case where there is no direct evidence that a property contained lead paint, a party may rely on circumstantial evidence, but, as the Court of Appeals has previously explained, it must be based upon “a reasonable likelihood or probability rather than a possibility.”  Id. at 11. Quoting from the Court of Appeals, the court explained that a plaintiff must further “tender facts admissible in evidence that, if believed, establish two separate inferences: (1) that the property contained lead-based paint, and (2) that the lead-based paint at the subject property was a substantial contributor to the victim’s exposure to lead.”  Id.  In this case, the plaintiff primarily relied on an affidavit from a pediatrician with expertise in treating childhood lead poisoning who opined that there is a presumption that houses built during the relevant time period typically contained lead paint.  Id. at 14.  However, such an opinion is insufficient to display that a specific property contained lead paint and further fails to display that an increased lead level was not due to exposure from other known sources of lead that could reasonably account for it.  Id.; id. at 16.  Summary judgment was, therefore, appropriate.

Issue:   Whether a stockholder may be required to sign a confidentiality agreement prior to inspecting a corporation’s books of account pursuant to Md. Code Ann., Corps. & Ass’ns §§ 2-512 and 2-513.

[T]he “Redemptionist” theory … propounds that a person has a split personality: a real person and a fictional person called the “strawman.” The “strawman” purportedly came into being when the United States went off the gold standard in 1933, and, instead, pledged the strawman of its citizens as collateral for the country’s national debt. Redemptionists claim that [the] government has power only over the strawman and not over the live person, who remains free. Individuals can free themselves by filing UCC financing statements, thereby acquiring an interest in their strawman. Thereafter, the real person can demand that government officials pay enormous sums of money to use the strawman’s name.

Id. at 8.  Quoting the Kentucky Court of Appeals, the court observed that “[t]he ‘Vapor Money Theory,’ on the other hand, contends that banks essentially lend a borrower their own money when a loan is issued:

The “vapor money” (or “no money lent”) theory posits that Congress has never given banks the authority to extend credit and, thus, banks act beyond their charters when making loans. Proponents claim banks create money “out of thin air,” through ledger entries and bookkeeping tricks, by “depositing” a borrower’s promissory note without the borrower’s permission, listing the note as an “asset” on the bank’s ledger entries, and then lending a borrower back his own “money.” Since banks do not have enough “real money in their vaults” to cover the sums lent, loans are not backed by actual money—the only real money is gold or silver; paper money is worthless since it is created by an illegitimate Federal Reserve—making them invalid ab initio and creating no obligation for repayment.

Id. at 9.  The Court noted that “[n]o Maryland court has directly opined on either theory in a reported opinion, but many federal and state courts have, and they have found unanimously, and unequivocally, that neither qualifies as a valid defense to or meritorious argument to foreclosure.”  Id. at 7 (footnote omitted).  The court held that these theories “have not, will not, and cannot be accepted as valid.”  Id. at 11.

Issue:   Whether a non-biological, non-adoptive parent “may invoke Maryland’s paternity laws to confer upon her parental standing to seek custody or visitation without interfering with the constitutional rights of the natural parent…and without satisfying the stringent standards of Janice M. v. Margaret K., 404 Md. 661 (2008) and Koshko v. Haining, 398 Md. 404 (2007).”  Slip op. at 1.

Held:   In this same-sex divorce case, the non-biological, non-adoptive parent, Brittany Conover, asserted that she met the paternity factors for a father as set forth in Md. Code Ann., Est. & Trusts § 1-208(b).  The court held that “[a] non-biological, non-adoptive spouse who meets one, two or even three tests under ET § 1-208(b) is still a ‘third party’ for child access purposes.”  Id. at 12.  The court further stated that “[u]nder Janice M., he or she is not a ‘legal parent’… He or she must still show exceptional circumstances to obtain access to a child over the objection of a fit biological parent and to overcome the natural parent’s due process rights. Moreover, there is no gender discrimination or sexual orientation discrimination because all non-biological, non-adoptive parents face the same hurdle, no matter what sex or sexual orientation they are.”  Id. at 12.

In this case, a child conceived by in vitro fertilization (“IVF”) was born during the parties’ marriage.  Md. Code Ann., Est. & Trusts § 1-206(b) provides: “A child conceived by artificial insemination of a married woman with the consent of her husband is the legitimate child of both of them for all purposes.”  Although the father asserted he was not the “father” within the meaning of the statute because the child was conceived through IVF, the court concluded that “within the context of marriage, the precise physical procedure has no necessary impact on the relationships of the parties involved—mother, father, and child.”  Slip op. at 20.  Thus, when individuals “were married at the time of conception and birth, and willingly and voluntarily agreed to conceive a child through assisted reproductive services using anonymously donated genetic material…§ 1-206(b) applies to establish the legal parentage of both” spouses.  Id. at 20-21.

As senior counsel in Joseph, Greenwald & Laake’s Civil Litigation practice group, Levi Zaslow focuses his practice on Employment Law, Commercial Litigation, Government Litigation, and Appellate Litigation in Maryland and the District of Columbia. A skilled and experienced litigator, Levi enjoys the variety of work his fast-paced litigation practice provides, including drafting motions and conducting legal research, taking depositions, and performing in court and at trial.