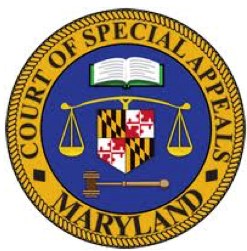 In Murray v. Midland Funding, the Court of Special Appeals reviewed and summarized several notable rules for cases in which a judgment debtor files suit to void a judgment obtained by an unlicensed debt collector.  In doing so, the court observed that debt buyers often purchase consumer debts at deep discounts, obtain judgments against the consumers, and then attempt to collect on those judgments.  Such buyers fall within the definition of collection agencies and must be licensed.  Slip Op., at 2 (citing Md. Code Ann., Business Regulation Article § 7-301 and Md. State Collection Agency Licensing Bd. Advisory Notice 05–10, May 5, 2010).  In the seminal case of Finch v. LVNV Funding, 212 Md. App. 748 (2013), the Court of Special Appeals recognized that when such judgments are obtained by unlicensed debt buyers, the judgments are void.  Slip Op., at 2 (citing Finch, 212 Md. App., at 764).

In Murray, Cassandra Murray filed suit against Midland Funding, an allegedly unlicensed debt buyer, to have a judgment against her declared void.  Id.  Murray also sought to recover money she paid to Midland, including fees and expenses, and other equitable relief.  Ultimately, all counts were dismissed, including the counts for declaratory judgment and injunctive relief, as barred by the three-year statute of limitations set forth in Md. Code Ann., Cts. and Jud. Proc. § 5-101.  The court held that the circuit court erroneously concluded that the non-monetary, equitable remedies were barred by the statute of limitations.  The court then reviewed several rules in so-called “Finch­-style cases”:

After summarizing the rules in the Finch-style cases, the Court of Special Appeals vacated the dismissal and remanded for further proceedings.  If Murray sought a declaration that Midland’s judgment was void, she was entitled to bring that proceeding and obtain such a declaration “at any time,” regardless of limitations or laches, including in a collateral proceeding.  If Murray sought additional relief, however, the trial court was to consider whether that relief was barred by limitations or laches.

In Under Armour, Inc. v. Ziger/Snead, LLP, the Court of Special Appeals considered whether a contractual expense-shifting clause providing for “losses incurred” by the prevailing party in a lawsuit includes the value of the time expended by the principal and several employees of a company.  Ziger/Snead LLP is an architectural firm that provided design and professional management services to Under Armour for its Visitor Center in Baltimore City.  Ziger/Snead sued Under Armour for $56,249 it claimed was due under the governing contract, plus unpaid fees and interest.  Under Armour counterclaimed for losses and damages allegedly caused by Ziger/Snead.  Slip Op., at 1.

A jury ultimately found in favor of Ziger/Snead and against Under Armour and awarded $58,940 in damages.  Slip Op., at 1.  After entry of the jury verdict, Ziger/Snead filed a motion to obtain its fees, costs, expenses, and losses under Section 11.10.2 governing contract.  That section provided as follows:

“If Architect employs counsel or an agency to enforce this Agreement,  Owner [appellant] agrees to pay the attorneys’ fees, costs, expenses, and  losses incurred by Architect prior to and through any trial, hearing, and/or  subsequent proceeding, relating to such enforcement.”

After some adjustments, the trial court granted the motion and awarded Ziger/Snead “$182,735 in attorneys’ fees, $155 in costs, $42,830 in expenses (consisting mostly of mediation, deposition, and copying costs), and $62,190 in losses.”  “Those losses consisted entirely of the value of the time expended by Mr. Ziger, a principal in the firm, and several employees of the firm, ‘on matters related to the enforcement of the contract, including investigation of the matter and performing litigation-related tasks at the request of Ziger’s attorneys.’” The court then entered final judgment in favor of Ziger/Snead in the aggregate amount of $287,920.  Under Armour paid the judgment but appealed the $62,190 award for “losses.”  Slip Op., at 2.

The evidence in support of the “losses” consisted of time-tracking records displaying the amount of time Mr. Ziger and other employees spent on the case multiplied by the hourly rate the firm charged to clients for work it performs.  Under Armour did not contest the hours or the hourly rate.  Instead, it argued that no such “losses” should have been awarded under the governing contract at all.  It argued that Section 11.10.2 of the contract did not specifically permit shifting of time spent by Ziger/Snead to the non-prevailing party and that such hourly rates were inappropriate because there was no additional expense to Ziger/Snead because its employees would have been paid in any event.  Slip Op., at 2-3.

The Court of Special Appeals initially observed that Section 11.10.2 was not part of the general contract damages for a breach, was not submitted to the jury as an element of damages, and by its express terms becomes effective only if Ziger/Snead employed counsel or an agency to collect, and the parties agreed it was a prevailing party provision.  Slip Op., at 5.  Thus, the issue was “whether the right to reimbursement for ‘losses,’ as contemplated by §11.10.2, covers the value of diverted employee time.”  Slip Op., at 5-6.

Although the “American Rule” provides that litigants are generally responsible for their own legal fees and costs, where the agreement clearly provides for them, they are available.  Notably, Section 11.10.2 clearly provided for “attorneys’ fees, costs, [and] expenses” and also for reimbursement for “losses.”  Slip Op., at 6.  Recognizing that a court must give effect to each clause and phrase of an agreement, the court determined that the phrase “losses” “cannot be regarded as a superfluous term; it must mean something – something other than attorneys’ fees, costs, and expenses.”  Slip Op., at 7.  Although Under Armour attacked the phrase “losses” as being vague, the court stated that its value was in its vagueness: “that is its value – to avoid the need for the contract to specify each and every conceivable kind of ‘loss’ not covered by the other terms that may result from a default by appellant.”  Id.

The court then considered whether lost employee time constituted “losses” within the meaning of the contract.  Slip Op., at 8.  Relying on a definition of “loss” in Black’s Law Dictionary, Under Armour urged “that the word is synonymous with ‘damage,’ ‘injury,’ ‘harm,’ or ‘diminution in value,’ which, in its view, is limited to ‘out-of-pocket costs and expenses’ and does not include ‘tasks that all litigants typically undertake without compensation’… .”  The court disagreed and held that diverted employee time is a compensable loss.  In fact, the court noted that lost employee time may sometimes even be available when the contract is silent on the issue and sought as part of general compensatory damages.  Slip Op., at 8.  Among other authorities, the court highlighted the Ninth Circuit case of Convoy Co. v. Sperry Rand Corp., 672 F.2d 781 (9th Cir.1982), which held “that the issue was not whether those employees would have been paid anyway but whether the breach deprived the plaintiff of the services it paid for.”  Slip Op., at 9.

The court concluded that Ziger/Snead having to divert many hours from income-producing work to assist in bringing the lawsuit and defending against the counterclaim constituted an injury, harm, detriment, disadvantage, or deprivation.  Therefore, the lost employee time was compensable as a “loss” for purposes of the expense-shifting provision in the governing contract.

As senior counsel in Joseph, Greenwald & Laake’s Civil Litigation practice group, Levi Zaslow focuses his practice on Employment Law, Commercial Litigation, Government Litigation, and Appellate Litigation in Maryland and the District of Columbia. A skilled and experienced litigator, Levi enjoys the variety of work his fast-paced litigation practice provides, including drafting motions and conducting legal research, taking depositions, and performing in court and at trial.