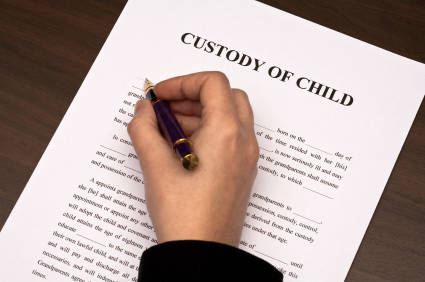 In custody cases involving relocation of one parent out-of-state, courts are often faced with the need to balance the interests of a child with the interests of parents in spending time with their children while at the same time, going on with their lives as they see fit. The case of Domingues v. Johnson[1] illustrates these tensions very well.

The decision sprung from a modification of access dispute between Diane Johnson, the mother of two minor children, and E. John Domingues, the children’s father.  The two were married but divorced when their children were 1 and 4 years old.  The parties reached a settlement agreement providing for joint custody of their children, and the agreement was incorporated into the parties’ divorce decree.  Their agreement provided that the children would reside primarily with their mother, but the father would have substantial access with their children.

Shortly after the parties’ divorce, Ms. Johnson remarried to a military officer, who was scheduled for a two-year tour of duty in San Antonio, Texas.  As a result of her anticipated relocation, Ms. Johnson filed a petition in the state trial court for modification of Mr. Domingues’ current visitation schedule.  In response, Mr. Domingues asked that he be granted sole custody of the minor children.

The trial court ruled that, due to Ms. Johnson’s impending relocation, there had been a substantial change in circumstances since the parties’ divorce decree was issued.  The court ordered that the minor children should in fact live with their father and the mother was permitted to have the children with her during the summer and on certain holidays.  Unhappy with the result, Ms. Johnson appealed the trial court’s decision to the Court of Special Appeals, which reversed the trial court’s ruling in her favor on the grounds that the record failed to show a “demonstrable adverse effect upon the children to warrant a change in custody” to the father.[2]

Mr. Domingues requested that the Maryland Court of Appeals (the “Court”) hear the case, and it did, reversing the Court of Special Appeals’ decision and sending the case back to the trial court for further proceedings.  Although the Court’s decision-making authority was limited in this case, the Court set forth applicable legal principles for consideration in all Maryland custody relocation cases.

The judge’s decision requires “an element of prediction” as to which parent the child will be better off in the future.[5]  After admitting that “stability cuts both ways” at times, the Court emphasized the importance of maintaining stability, which should be considered along with the remaining needs for change perceived by the relocating parent.[6]  The court’s decision will be much more difficult in a scenario involving two parents who play an active role and are heavily involved in their children’s lives versus the scenario where one parent is the primary caretaker and the other parent is seldom involved.

Although not an exhaustive list, some additional factors set forth by the Court in Domingues that should be taken into consideration by a judge are: (1) the relationship that currently exists between the parents and the children before relocation; (2) whether one parent has become the primary caretaker; (3) the amount of time each parent spends with the children; (4) the impact on the children’s relationships with their friends and extended family (both maternal and paternal); and (5) any evidence as to whether or not the attitude or conduct of the relocating parent will exacerbate the adverse effects of a physical separation of the children from their other parent, to the detriment of the children.[7]

I agree with the court’s analysis.  It is never easy to balance a child’s welfare with the interests of parents in performing parental duties.  Further, parents are human beings with their own needs and freedoms, and their desire to improve their lives by moving to another city should not be taken lightly. Here, since Maryland law requires that the court take into consideration the unique circumstances in each case as opposed to creating a bright-line rule, the court seems to have struck the balance appropriately.

[7] Id. at 502. The Court also overturned a prior ruling in Jordan v. Jordan, 50 Md. App. 437 (1982) by dismissing the concept that relocation alone was not sufficient to establish a material change in circumstances warranting a change in custody.