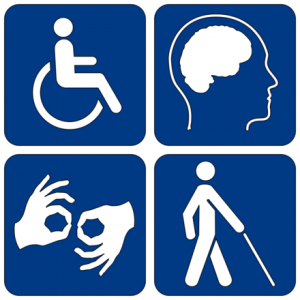 Many employers and certainly many employees may be shocked to learn that “Paruresis,” commonly known as “shy bladder syndrome” or the inability to urinate with others present, qualifies as a disability under the Americans with Disabilities Act Amendments Act of 2008 (“ADAAA”).  Although the subject is somewhat comical at first blush, it is crucial that employers and employees know that the protections afforded employees are broader than ever.  This was not always so; especially for shy bladder syndrome.

Last year, the United States District Court for the Western District of Virginia granted summary judgment (i.e., ending the case) for the employer in Linkous v. CraftMaster Mfg., Inc.,[1] a shy bladder disability discrimination case.  There, the plaintiff was terminated after he failed two drug tests.  The first test appeared to the testing company to have been suspiciously altered.  Plaintiff was asked to submit to a second test, in which he would be observed.  Plaintiff then failed to provide an observed urine sample, and was thereafter terminated.  Plaintiff alleged that he was unable to urinate because he suffered from paruresis, thus preventing him from urinating if someone was watching.  The Court held that Plaintiff was not disabled under the version of the Americans with Disabilities Act (“ADA”) prior to its 2008 amendments because the Plaintiff failed to establish that his impairment substantially limited his ability to urinate at work or in the community.  In addition, the impairment appeared to be “sporadic,” which by definition cannot qualify as a substantial limitation under the ADA.

Now under the more expansive ADAAA, however, even some temporary ailments or those having a small effect on a person's daily life are valid grounds for claiming employment discrimination. On this topic, the Equal Employment Opportunity Commission (“EEOC”) recently issued an opinion letter commenting that shy bladder syndrome can form the basis for an ADA claim.  In the letter, the EEOC says that under the ADAAA and its implementing regulations Paruresis now qualifies as a disability by including bladder and brain functions as major life activities, by lowering the standard for establishing that an impairment “substantially limits” a major life activity, and by focusing the determination of whether an individual is “regarded as” having a disability on how the individual has been treated because of an impairment, instead of on what the employer may have believed about impairment.

What does this mean going forward?

The Definition of Disability Has Not Changed

Under the ADAAA and the EEOC’s regulations, an individual with paruresis, for example, has a disability under the first or second definition if his or her condition substantially limits one or more major life activities.[3]  As a result of the expansion of coverage provided by the ADAAA, major life activities include major bodily functions, such as bladder and brain functions, and functions of the neurological and genitourinary systems.[4]

“Substantially Limits” is No Longer as Demanding a Standard

Both the statute and the amended regulations explicitly state that “substantially limits” shall be construed broadly in favor of expansive coverage.[5]  Thus, the term now requires a lower degree of limitation than ever before – indeed, an impairment does not need to prevent or severely or significantly restrict a major life activity to be considered “substantially limiting.”[6]

The statute and regulations also state that an impairment that is episodic or in remission is a disability if it would substantially limit a major life activity when active.[8]  Therefore, whether an individual’s shy bladder substantially limits a major life activity is based on the limitations imposed by the condition when its symptoms are present.

Jeremy Schneider is an attorney at Joseph, Greenwald & Laake in Greenbelt, Maryland where he represents employers, executives, and employees in all facets of labor & employment litigation, including unpaid wage, discrimination, and wrongful termination actions.