Does Legal Intervention in Matters of Church Organizations Violate the First Amendment? 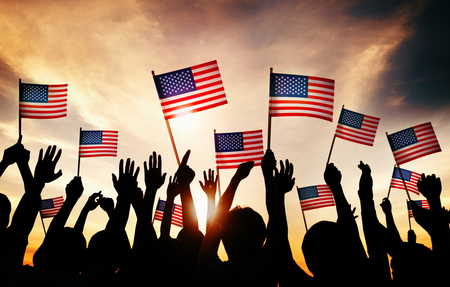 On September 22, 2016, the D.C. Court of Appeals issued a decision in favor of our clients in their battle over membership and control of Jericho Baptist Church Ministries, Inc., a large, nationally-known church located in Landover, Maryland. The court affirmed a lower court decision that a purported board of trustees that seized control of Jericho in 2010 and terminated our clients’ membership rights was not the valid board of Jericho. The effect of the court’s decision affirmed the return of control over Jericho to the original Board of Trustees, which includes Rev. Joel Peebles, the senior pastor whose parents founded the church more than 50 years ago. This decision marks a key victory for Rev. Peebles and is also a significant ruling in First Amendment law concerning the establishment of religion.

The case arose after Betty Peebles, a founder of Jericho and chair of its Board of Trustees, died in October 2010. Shortly after Ms. Peebles’ death, a group of church employees and former employees claimed that they had been elected to the Board and seized control of the church entity and its assets. The group asserted that Joel Peebles and William Meadows were not members of the Board. Litigation ensued in multiple cases and has been ongoing for nearly six years.

In this case, Robert George, Paulette Shelton, and Anaya Jamison, three longtime church members whose membership rights were terminated by the new “board,” brought an action in D.C. Superior Court challenging the legitimacy of the purported board. Joseph Creed led the trial team. Following a three-day trial in June 2015, Superior Court Judge Stuart Nash ruled for the ousted church members. Judge Nash concluded that the purported board was not validly elected under D.C. nonprofit corporation law, and that subsequent actions taken by the board, including firing Peebles as pastor after his mother’s death, were invalid. The judge ordered that the board “refrain from exercising ownership or control” over any of the church’s assets. The ruling returned control of Jericho to the original Board, which included Joel Peebles and William Meadows.

Partners Joseph M. Creed and Timothy F. Maloney successfully pressed the members’ cause in the appeals court. The D.C. Court of Appeals affirmed Judge Nash’s ruling in its entirety.

One key assertion by the purported board was that Judge Nash should not have acted at all in the case “because it required him to exercise authority over religious matters in violation of the First Amendment.” The purported board argued that the dispute within the Jericho church was “nonjusticiable” -- in other words, that it could not be subject to review by a secular court, since the dispute was an internal religious controversy that courts were not equipped or allowed to adjudicate under the First Amendment’s religion clauses. The group opposed to Peebles contended that the judge’s ruling was necessarily premised on internal church doctrine, in violation of the First Amendment.

In a significant legal holding, the Court of Appeals rejected this contention. It said that the First Amendment’s religion clauses were not implicated because the case “required only that the court determine” whether the resolution by which the purported board claimed to be elected was passed in accordance with D.C. nonprofit law. Thus, the court was not called upon to inquire into any specific religious principles.

The court said that church organizations are not above the law, and that as long as a court is asked to apply “neutral principles of law” and is not asked to rule on whether particular individuals conform to religious standards of belief and practice, courts are allowed to get involved in disputes of this sort. This is an important holding that could have broader implications in other cases involving internal church disputes.