Dowries In the Modern Age: What Happens to an Islamic Mahr, Mehrieh, Mehr, or Dowry, During a Maryland Divorce: Part 2 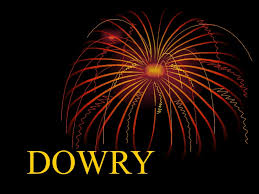 In my previous post I talked about the Islamic concept of Mehr, Mehrieh or Dowry.  This post will discuss how Maryland Courts may address the issue of Mehr or Mehrieh when an Iranian family, married in Iran, and now living in Maryland, files for divorce in Maryland.

My Iranian divorce clients, who were married in Iran, almost always ask me: “Can I get my Mehr or Mehrieh when I file in Divorce.”  The Answer is: it depends.

Arguments for Mehr or Mehrieh

Arguments against Mehr or Mehrieh

Other jurisdictions have also taken a similar approach.  The common approach is that if Dowry is treated as gift on top of the 50% presumptive entitlement to family assets, most often men are left with less than 50% of the family assets and a large ‘gift’ they have to pay the wife at the time of marriage break down, which doesn’t appear to be fair.

In general, Courts acknowledge the concept of Mehr, Mehrian or Dowry as a religious right or a tradition, but cancel or void it due to the following factors:

Notwithstanding the above arguments, in most cases, given the uncertain outcome, most litigation on this issue are costly.  Therefore, the majority of cases resolves where the woman decides to go for a 50/50 split on the family assets and obtain alimony in the United States and then go to Iran and sue for their Mehr. This means that the husband, upon entering Iran, Iraq or any country that enforces Mahr, has to pay it before being able to exit the country.

The best way to prevent the above is to enter into a Marital Settlement Agreement in the United States that specifically addresses the issue of Mehr, Mehrieh or Dowry.  This way each party is protected.

There are international development on this issue, particularly in Canada which has a high population of Iranian immigrants.  Any new developments on this issue will be further updated on our Blog.

Reza Golesorkhi is widely recognized as one of a handful of elite divorce lawyers in the Maryland, Virginia and Washington D.C.area.  While Reza is skilled at all facets of client advocacy, it is his skill as a trial lawyer and his command of the courtroom that sets him apart.  He is the divorce lawyer you want in the court.