At JGL, we handle matters, both in court and out of court, that are just as complex and sophisticated as those handled by the largest law firms in the nation – yet as a smaller firm, we are able to provide a much more hands-on and individualized experience for each of our associates.

We are committed to giving our young lawyers experience in client matters that will provide them with immediate exposure to a wide array of areas of law. In the more than 50 years that we have been in business, we have made a practice of taking on cases that are unusual and complex, many of which are the type of that other firms are unwilling to take on.

This means that a young lawyer’s experience at JGL is far from routine. We are not afraid to propose solutions to clients’ problems that may go where the law has not gone before. And we encourage our associates to think in those innovative ways as well.

We represent two surgeons who stepped forward as whistleblowers by filing a case against a well-known surgeon and a major hospital for alleged unnecessary surgeries and improper billing. The hospital settled its portion of the case for more than $20 million.

Two of our lawyers were recently named as liaison counsel and plaintiffs Steering Committee counsel to represent a consumer class in a major data breach class action against Marriott International Inc. The plaintiffs allege that Marriott compromised the personal data of 500 million guests of its Starwood Hotels and Resorts Worldwide properties.

We represent a former occupational therapist who sued her former employer and several nursing homes for committing Medicare fraud by submitting improper bills. The opposing parties settled the case for more than $9.7 million.

We represented the campaign of Maryland Governor Larry Hogan in his successful effort to continue using an apple insignia to represent his support by teachers in Maryland. The state teachers union had sought a court injunction to stop the campaign from using the insignia on the grounds that it infringed on the union’s service mark. A judge denied the injunction.

We are also committed to assisting young lawyers in their professional growth. Many of our partners have been practicing for more than 30 years and have experience in the law of our local jurisdictions and in the courts that is almost unrivaled. Our principals and our other experienced lawyers are always ready to help younger lawyers increase their knowledge and expertise. In fact, many of our associates started out at the firm as law clerks while they were still in law school and benefited from the guidance of our attorneys even before they graduated. Almost all of our associates, in addition, are former judicial clerks.

It is often said these days that in major law firms, the old-fashioned informal system in which partners take associates under their wings and show them how things are to be done has broken down. Some say that this is because of the increased pressures within the legal profession to develop new business; less time remains for the traditional mentoring role of experienced attorneys.

For more than 50 years, people and businesses facing complex and high-stakes legal issues have turned to Joseph, Greenwald & Laake for sophisticated counsel with a personal touch. JGL places a premium on being more than just lawyers to its clients. Whether representing an individual, a small business, or a large corporation, the firm takes pride in forging lasting partnerships and investing in its clients’ long-term success. 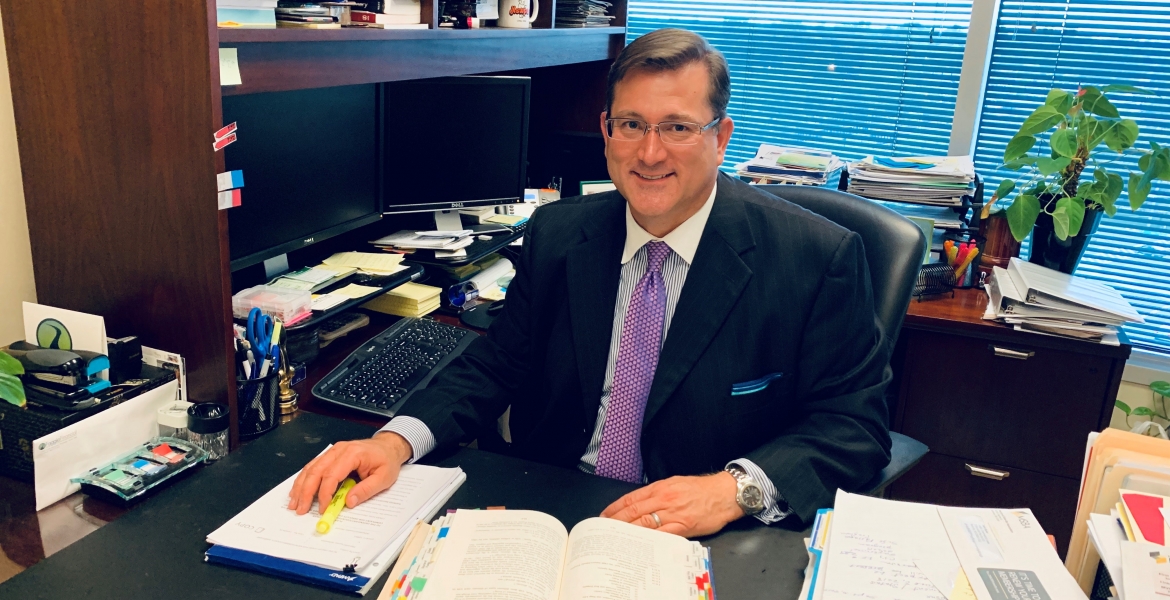 In college (in the South), I studied psychology and sociology.  I wanted to become a family counselor.  I took a job on weekends and in the summer working at a group home for underprivileged children.  After witnessing a friend and colleague being racially discriminated against, firsthand, it motivated me to use my influence in law for social good.  The next semester I started to study for the LSAT and to look at law schools.  I’ve been practicing law for almost 20 years and I still look to protect the disenfranchised.

2.       What will be the biggest challenge for the generation behind you?

I think that dealing with electronically generated evidence is a huge challenge for the generation behind me.  First, it produces an enormous amount of evidence such as hundreds of text messages and emails.  The challenge lies in the fact that no matter what you say online, in emails, or in text to anyone, it may be used against your client in Court when presented in a different context. While preparing for trial, you need to consider having the text message to rebut any unforeseen electronic evidence prepared and copied in triplicate. There is also a huge concern where a party may seek to add or delete from actual documents to rewrite the history to suit his or her narrative.

Personally the most rewarding cases are those with children. But, I think the most interesting case is a non-custody case where my client’s wife suspected adultery (although he was not committing adultery).  The wife moved her mother into the master bedroom to sleep with her and dislodge my client. Each day the mother in law had nasty comments to make to my client passing him in the hallway, on the stairs, in the kitchen and throughout the house. He was relegated to sleeping in a guest bedroom. Not satisfied, the mother in law started openly talking about emasculating my client and started carrying hedge trimmers around the home. He was mortified and locked himself in the guest room.  When she started beating on the door, he appropriately called 911. While he was on the phone, fearing the worst, you could hear the wife and mother in law beating on the door and then broke it down with an axe.

I filed a Petition for a Protective Order. Wife claimed the instrument in her hands was small.  However, I took four bankers boxes (usually used to carry our paper files) and hollowed out a hole through the middle and carted in the axe she beat the door in so I could cross-examine her with the actual object she used and photographs of the door.  I won the hearing and my client had some therapy as the result.

It’s very subjective to measure success in litigation and in family law, specifically.  I measure my success in terms of time management, my own personal preparation for a case, and winning motions.  Success to me is when I believe I’ve gave it my best effort whether in a case or in life.

I look forward to the people I work with. I cannot imagine doing my work efficiently without the help of my team (my colleagues, peer attorneys at the firm, paralegals, administrative assistants, legal assistants). There is so much more that can be accomplished by working as a team which also makes the work more rewarding.