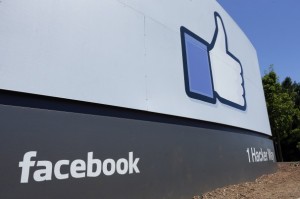 On Wednesday, the U.S. Court of Appeals for the Fourth Circuit ruled in Bland v. Roberts that clicking the “Like” button on Facebook®[1] qualifies as constitutionally protected speech.[2] This ruling extended First Amendment protection to the “Like” button.

The Fourth Circuit reasoned that when a Facebook user clicks the “Like” button, Facebook is publishing a substantive statement about the user. The court determined that there is no distinction for constitutional purposes between physically writing out a message and simply clicking a button which results in the publication of a message.

The Fourth Circuit in Bland was not delving into the inner workings of a seventh grade social feud, but was ruling on the use of Facebook as protected political speech. Six former employees of the Hampton, Virginia Sheriff’s Office brought suit against Sheriff B.J. Roberts, arguing that they were not reappointed because they had supported Roberts’ opponent during the November 2009 election. During the course of the campaign, two of the former employees “liked” Adams’ campaign Facebook page and posted messages of support on the page.

The court ruled that not only is clicking the “Like” button considered pure speech, but doing so is symbolic expression. The thumbs-up “liking” symbol conveys to others on Facebook the user’s support for the page that was “liked.” In this way, the “Like” button is the 21st-century equivalent to displaying a political sign in one’s yard, which the Supreme Court has held is protected speech.[3]

Though Facebook has been around since 2004,[4] the Fourth Circuit is the first federal court to hold that Facebook “Likes” are protected constitutional speech. The ruling overturns an April 24, 2012 decision by the Eastern District of Virginia, which had held that “[s]imply liking a Facebook page is insufficient” and that “liking” a Facebook page “is not the kind of substantive statement that has previously warranted constitutional protection.”[5]

It has been reported that some 1.11 billion people use Facebook.[6] For those who continue to withstand the allure, the “Like” button on Facebook, represented by an easily clickable thumbs-up icon, allows Facebook users to inform other users that they like a post, article, page, or picture posted on the site. Businesses, organizations, and campaigns, as was the case here, can also have their own Facebook pages, which users can “like.” For instance, when one of the former employees “liked” Adams’ campaign Facebook page, a link to the Adams’ campaign page appeared on the former employee’s personal Facebook profile. The employee’s profile was also listed on the campaign page’s “People [Who] Like This” list, which all Facebook users can access. This simple click is constitutionally protected speech in this Circuit.

While the Bland ruling expands the type of speech that is protected by the First Amendment, it’s worth noting that not all speech is constitutionally protected. The classic example is falsely yelling “Fire!” in a crowded theater, which has been held to be speech that can be limited because the circumstance of the speech creates a clear and present danger[7] Other types of speech that do not typically receive First Amendment protection include: defamation,[8] perjury,[9] obscenity,[10] child pornography,[11] blackmail,[12] inciting imminent lawless action,[13] true threats,[14] and solicitation to commit crimes.[15] Schools also have broad powers to limit students’ speech, which includes restricting what can be published in student newspapers[16] and prohibiting speech that causes substantial disruptions.[17]

The Fourth Circuit’s decision has important implications, as many individuals today choose to express their political opinions on social media websites, often doing so by simply “liking” Facebook pages, “endorsing” users on LinkedIn®[18] or “re-tweeting” another’s speech on Twitter. The Supreme Court has held that the First Amendment provides broad protection to political expression, and the Fourth Circuit in Bland makes clear that government employers cannot retaliate against employees for political expression conveyed simply by clicking the “Like” button.

Alyse Prawde is a law clerk at Joseph, Greenwald & Laake, P.A. She is currently a third-year law student at the University of Maryland Carey School of Law, where she serves as the Executive Articles Editor of the Maryland Journal of International Law. Email: aprawde@jgllaw.com

Veronica Nannis is a partner and the litigation practice group manager at Joseph, Greenwald & Laake, P.A. She focuses on complex, civil litigation, including business disputes, employment litigation and False Claim Act cases. You can “endorse” her on LinkedIn or email her at: vnannis@jgllaw.com

[4] According to an article published by Business Insider. Available at http://www.businessinsider.com/how-facebook-was-founded-2010-3?op=1

[6] According to an Associated Press article published in May 2013. Available at http://news.yahoo.com/number-active-users-facebook-over-230449748.html

[18] “LinkedIn” is a registered trademark of the LinkedIn Corporation.