Fourth Circuit Not Putting Up Its Dukes Against Class Actions 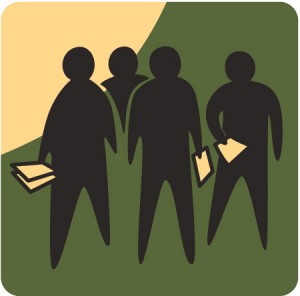 What was thought by many practitioners and many in the news media to be one of the most significantly restrictive Supreme Court decisions on class actions in recent memory, Wal-Mart Stores, Inc. v. Dukes,[1] may not be so formidable for plaintiffs seeking redress through the class action process.

A limited application of Wal-Mart appears to be a particularly good possibility for those individuals filing in the Mid-Atlantic region covered by the United States Court of Appeals for the Fourth Circuit because of its ruling this week in Scott v. Family Dollar Stores, Inc.[2]  Scott involves fifty-one (51) female managers or former managers at Family Dollar who are claiming sex discrimination.

Like Scott, the Supreme Court’s 2011 Wal-Mart decision concerned the commonality requirement under Rule 23 for class actions and whether it could be satisfied in a sex discrimination case under Title VII.  In Wal-Mart, 1.5 million current and former female employees of Wal-Mart claimed that Wal-Mart’s policy of providing local managers with subjective decision making authority over pay and promotions caused an illegal, disparate impact on its female employees. The plaintiffs also alleged that Wal-Mart’s failure to stop this subjective, discretionary authority was illegal on a class-wide basis.  The Supreme Court rejected the plaintiffs’ claims that a class was present in Wal-Mart.

Many felt that Wal-Mart  sounded the death knell for not only employment class actions but also consumer, antitrust, and any other type of class actions where a defendant or its agents made subjective decisions.  That, in fact, was the position of the District Court in Scott in dismissing the plaintiffs’ case and refusing to allow them to amend their complaint. The district court held that “[t]he Supreme Court made clear in Dukes that, as a matter of law, plaintiffs . . . cannot satisfy the Rule 23(a) commonality requirement . . . as a result of subjective decisions made at the local store levels.” Scott v. Family Dollar Stores, Inc.[3]

In Scott, the Fourth Circuit explicitly rejected this argument and held “Wal-Mart did not set out a per se rule against class certification where subjective decision-making or discretion is alleged.” The Fourth Circuit found that the district court was “clearly erroneous” by not allowing the complaint to be amended and then analyzed under Rule 23. The Fourth Circuit went further and noted that “Wal-Mart is limited to the exercise of discretion by lower-level employees, as opposed to upper-level, top-management personnel,” meaning that subjective decisions by upper-level management could be the basis for a class if tied to a company policy.[4]    “Thus, to satisfy commonality, a plaintiff must demonstrate that the exercise of discretion is tied to a specific employment practice, and that the ‘subjective practice at issue affected the class in a uniform manner.’”[5]    “To expound,” the Fourth Circuit pointed to, among other examples, Family Dollar’s “salary range policy [that] sets mandatory minimum and maximum pay for Store Managers,” but provides “exceptions above the range--granted by the corporate Vice Presidents-- [that] are often granted more in favor of men[,]” such that, if the plaintiffs could show this to be true, the commonality requirement could be satisfied.[6]

What this means going forward, at least in the Mid-Atlantic region, is that when “discretionary decisions . . . are made by high-level corporate decision-makers with authority over a broad segment of [a defendant]’s employees,” Wal-Mart is likely not applicable and a class action has the possibility of going forward.[7]