Holding Your Harasser Accountable: The Necessity of Reporting Workplace Harassment/Discrimination to Your Employer and the Consequences for Failing to Do So 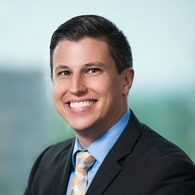 As an attorney who often represents individuals in labor and employment-related disputes, I routinely meet individuals who allege to have been subjected to some form of harassment or discrimination at their place of employment.  With increasing frequency—due in no small part to the recent “#MeToo” movement—I have encountered many people who describe incidents of being victims of unwanted sexual advances from either their supervisor or a co-worker, with many of their allegations being quite disturbing.

For example, one woman recently detailed to me a number of incidents of sexual harassment committed by her supervisor where he routinely requested her presence in his office, away from her fellow co-workers, under the guise of a business-related purpose, only to instead engage in lewd conduct and attempt to proposition her.  Another woman described to me how her supervisor often required her to stay late into the night, well after normal business hours, to work on low-priority assignments, during which time her supervisor would attempt to pressure her into having a sexual relationship with him.

While the actions of each respective supervisor are appalling and possibly criminal, and have absolutely no room in the workplace, the first question I usually ask each person—after letting them know that I am sorry they endured such behavior—is, “Did you report the person’s behavior to your employer?”  In response, I too often hear that the employee has not reported any of the inappropriate, discriminatory behavior to their employer (i.e., filing a complaint with human resources, etc.), which sets off my internal employment lawyer alarm bells.

When I dig deeper into the issue of why the individual has not complained of the alleged harassment to their employer, I routinely hear the following reasons:

Although a hesitation to report instances of workplace discrimination and harassment is understandable, especially when considering the possibility of a retaliatory termination (everyone needs a job and income to pay their bills, right?), what many victims of workplace harassment and discrimination do not understand is that failing to report a harasser’s behavior can have negative consequences.  These consequences extend to not only the victim’s current employment status but to the viability of any future legal action against their employer.

As I touched on previously[1], to be held liable for harassment or discrimination, an employer must have notice of the harassment or discrimination and fail to take effective corrective action to stop it. Consequently, employers possess an absolute defense to an employee’s harassment/discrimination claims—as articulated in the Supreme Court’s tandem decisions in Burlington Industries, Inc. v. Ellerth, 118 S. Ct. 2257 (1998), and Faragher v. City of Boca Raton, 118 S. Ct. 2275 (1998) —if the aggrieved employee does not bring the harassing and/or discriminatory conduct to their employer’s attention by filing a complaint with a supervisor or human resources.[2]

As the Supreme Court articulated in Faragher and Ellerth, if an employer can show that an aggrieved employee “unreasonably failed to take advantage of any preventive or corrective opportunities provided by the employer,” then the employer is not generally liable to the employee for any harassing or discriminatory behavior that may have occurred.[3]  This aspect of the employer’s defense originates from the general idea that an employee has an obligation to use processes and means that are reasonably made available to them by the employer (i.e., complaining to human resources, filing an anonymous complaint, complaining outside the employee’s “chain-of-command,” etc.) to avoid further discriminatory behavior or to lessen its impact.[4]

When one thinks about the availability of this defense to employers and the Supreme Court’s rationale, this outcome makes some sense; how can an employer be liable for conduct that it is unaware of and did not have an opportunity to correct?  In the legal system, there exists a public policy interest for employers and employees to resolve their differences without having to seek redress from the courts. Courts do not wish to sit as “super personnel departments,” as several appellate courts have stated,[7] to adjudicate claims between an employee and their employer that could have been resolved or minimized had the employee provided notice of the harassing or discriminatory behavior to their employer prior.

Thus, it is paramount for one to bring any harassing or discriminatory behavior they are subjected to at their place of employment to their employer’s attention, not simply for maintaining the viability of any possible legal claim they might have against their employer in the future for such conduct, but to ensure that they are employed in a healthy work environment.  Importantly, such complaints should always be done in writing so that you are able to retain a copy of your complaint and have proof of placing your employer on notice, in case it becomes an issue later.

Nevertheless, I routinely hear from prospective clients that the reason they do not bring complaints of harassing or discriminatory behavior to their employer’s attention is out of fear of being terminated (i.e., retaliated against).  Employer retaliation in response to an employee’s complaint of discrimination or harassment is, unfortunately, a real possibility and does, in fact, occur.[8]  However, this is illegal, and most employers have very clear policies in place that state they will not tolerate retaliation against their employees because they reported harassment or discrimination. Federal law and all states, including the District of Columbia,[9] protect employees from this sort of retaliation.  And where an employer disregards federal and states law and retaliates against an employee for complaining of harassment or discrimination, the employer can be held liable.[10]

Moral of the story: speak up and alert your employer in writing if you believe that you have been subjected to unlawful harassment or discrimination so that your employer can deal with the problem; otherwise, the consequences for your failure to do so could cause you to remain in a hostile work environment and, potentially, prevent the employer and harasser from being held accountable.

[2]           For every rule there are exceptions, however, the purpose of this article is not to examine the varied exceptions to the general rule but to understand the general rule that employees must complain about harassing or discriminatory behavior to their employer for liability to flow.