To secure to each labourer the whole product of his labour, or as nearly as possible, is a most worthy object of any good government.
Abraham Lincoln, 1847 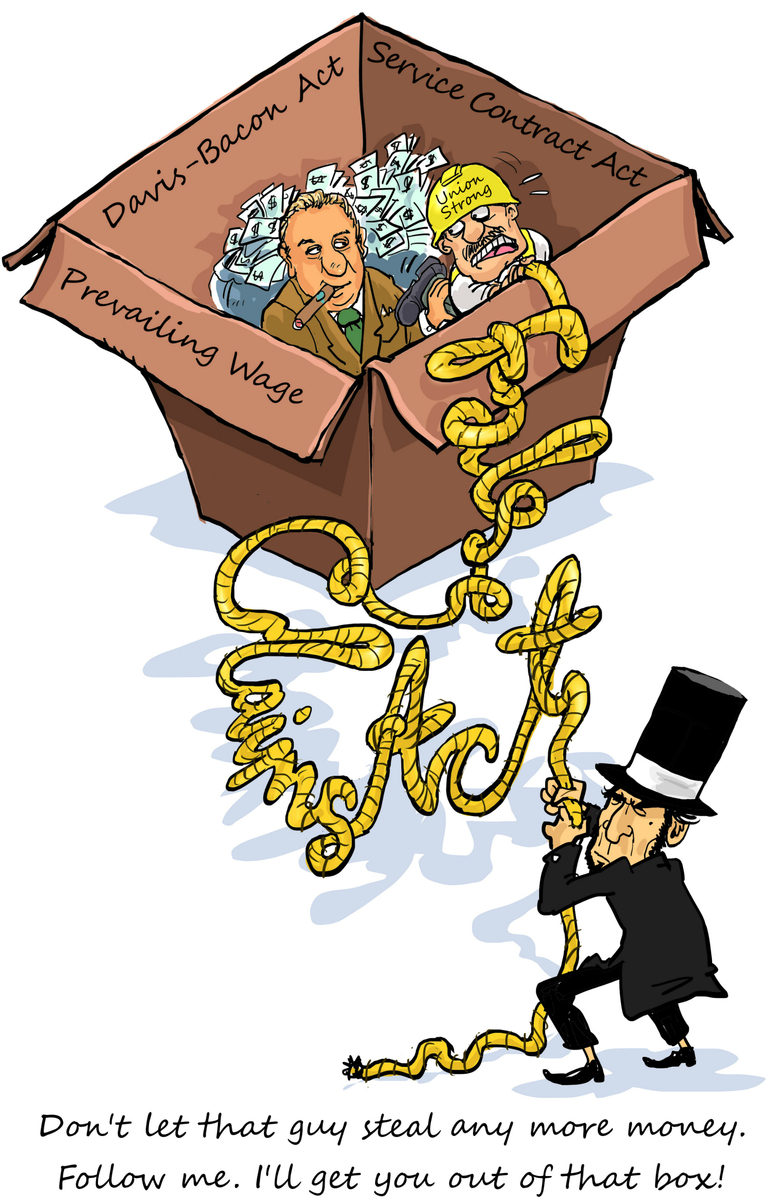 President Lincoln rightly believed that workers should get paid what they earn.  But as many of us know, stealing money from workers on government contracts by underpaying them below the prevailing wage[1] is often the industry standard.

When unions and their members learn of prevailing wage theft, in response, one of two well-intentioned but futile actions usually are taken.  They start a very public protest campaign – either in the newspapers or by physically protesting at the jobsite/headquarters of the offending company.  Or, they file a complaint with the Department of Labor.  Most times, neither action works.  Trying to shame a shameless employer who didn’t pay people properly in the first place does not work.  And, in this government-shutdown, low-morale, underfunded era, the Department of Labor’s resources are so strapped that it often can’t force the bad actors in to compliance.

Unions, their members, and others need to shift their focus away from repeating failed methods to another one of Lincoln’s great ideas: the False Claims Act, aka Lincoln’s Law.  During the Civil War, Lincoln grew tired of soldiers being harmed by contractors who stole money from the public or provided substandard goods.

He came up with the idea that he would incentivize people to report crooks by providing those who reported fraud with a finder’s fee from any fraudulently taken monies the government recovered.  And voilà, the False Claims Act was born.

The modern-version of the False Claims Act allows any “person,” including unions or individuals, to initiate a civil lawsuit to report to the Justice Department any contractor who fraudulently obtained government money.  So, when a contractor lies to obtain public funds by stating to government officials that it paid workers proper prevailing wages, the False Claims Act kicks in.  The False Claims Act also packs a powerful punch – triple damages plus penalties of $5,500.00 to $11,000.00 for each false submission to the government.  In this respect, an unscrupulous contractor can pay much more than what it bilked from its workers, a good deterrent from underpaying workers on the next public job and lying to the government again.

Just like Lincoln’s version, the modern statute provides the person who reports the fraud with a finder’s fee usually of at least 15% but up to 25% of the money recovered.  So, if the government recovers $1M, the whistleblower gets at least $150k but up to $250k of the money.

Notably, the percentage of the unionized workforce currently is at or near all-time lows.  Using the False Claims Act can be one way to help turn around these ever declining numbers by providing unions with a vehicle to obtain additional funding by collecting the finder’s fee.  And, as many of us know, unions and their members know who the crooks are – they’ve been trying to organize them or get them to pay people properly for years.

Lincoln once said, “I don’t think much of a man who is not wiser than he was yesterday.”  So, stop the insanity of doing the same ole thing on prevailing wage and try something new.  File a civil complaint to report the fraud to the Justice Department, really sock it to bad guy contractors by hitting them in their pocketbooks, and get a monetary reward to boot.  All unions and their members have to do is be an outside-the-box-thinker like Lincoln, and of course, get a good lawyer who thinks outside the box too!

The views expressed herein are the personal views of the author and do not necessarily represent the views of Joseph, Greenwald, & Laake P.A.