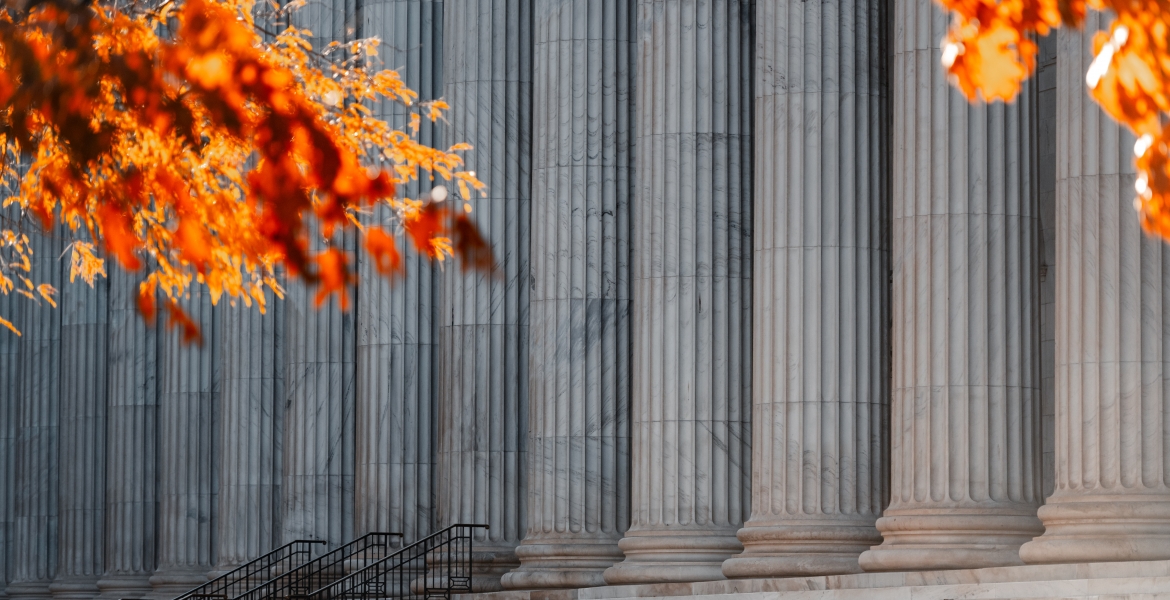 Here, we begin with recaps and explanations of the cases decided by the courts in January 2022.

(Note: The Maryland Court of Appeals’ attorney grievance and bar matters will not be covered.)

In this case, the Maryland Court of Special Appeals was asked whether a California limited liability company, owned by the Los Angeles County Employees Retirement Association (LACERA), was exempt from paying certain state and county taxes, in connection with the purchase of real estate for nearly $187 million.

The LLC’s argument was based on Maryland and Prince George’s County laws that exempt “the State,” “an agency of the State,” or “a political subdivision” in or of “the State,” from paying transfer taxes and taxes associated with the recording of deeds to real property.

The case turned on whether “the State” referred only to Maryland, or whether it also referred to the other 49 states and the “agencies and political subdivisions” of those states. The Court held that “the State” as used in the relevant state and county laws here, could refer only to the State of Maryland. The LLC also argued that the statutes were discriminatory because they were not being applied to Maryland and other States equally. The Court rejected this argument, too.

The Court did not even address whether the LLC here, owned by LACERA, was a “political subdivision” of California, because the answer to that question would not change the Court’s conclusion that “the State,” referred only to Maryland.

In total, Maryland and Prince George’s County collected slightly more than $4.5 million in taxes in connection with the LLC’s acquisition of real property.

The property management company for an apartment building hired eWrit Filings to bring several failure to pay rent (FTPR) actions against Williams, a tenant of the building, who was late on rent payments throughout 2017 and 2018.

In response, Williams filed a lawsuit against eWrit on the theory that eWrit was not a licensed debt collector in Maryland, and thus illegally engaged in debt collection by filing the FTPR actions. The Circuit Court agreed with eWrit’s argument that filing FTPR actions were not debt collection activity, and granted eWrits motion to dismiss the lawsuit.

The question presented on appeal was whether one entity filing FTPR actions on behalf of another entity was a debt collection activity, and therefore had to be carried out by a state-licensed debt collector.

The Court held that the filing of the FTPR actions was a debt collection activity, because FTPR actions seek repossession of the leased premises and a monetary judgment, and are therefore the collection of a “consumer claim,” under Maryland law. Under Maryland law, the collection of any consumer debt is a debt collection activity. Thus, it followed, eWrit had to be licensed to file these FTPR actions. The Court also found that entities like eWrit that attempt to recover unpaid rents on behalf of landlords are not exempted from the licensure requirements, unlike licensed real estate brokers or their agents, which are exempt.

Tenants should be aware of this decision. If an FTPR action is filed against a tenant, the tenant should endeavor to determine whether the entity filing the action is a licensed debt collector. Landlords should only hire agencies to file FTPR actions that are licensed debt collectors. Via NMLS Consumer Access, tenants are able to search the name of any entity that files an FTPR action, to see if they are licensed to do so. Landlords should also utilize this resource, to avoid hiring an unlicensed entity.

In 2016, Wilkins alleged in post-conviction proceedings that he was denied his right of allocution at his initial sentencing hearing. The allocution is the portion of the sentencing hearing at which the defendant, either personally or through counsel, can make a statement and present information in mitigation of punishment. In 2019, the state agreed with Watkins and the matter was set for resentencing.

At the re-sentencing hearing in 2021, the prosecutor presented the facts of the case and argued that the original sentence was fair, and asked that the Court impose the same sentence. The defense conceded that the prosecutor’s presentation of the facts was accurate, then presented mitigation evidence, called a social worker to present mitigation testimony, and then Wilkins himself expressed remorse for his involvement in the killing, for which he was originally convicted.

The Maryland Court of Special Appeals rejected each of Wilkins’ arguments, and affirmed the resentencing.

In 2003, Jeanette Reyes pleaded guilty to a charge of possession with intent to distribute cocaine. At the time, Ms. Reyes’ attorney advised her that the plea deal would have no immigration consequences, and she pleaded guilty based on that knowledge. When she pleaded guilty, she was also incorrectly informed that the advisory sentence she would receive would be between probation and 12 months imprisonment and that the maximum she faced was five years. During the sentencing, this error was realized, and the applicable range was six months to three years imprisonment. The maximum sentence she faced was 20 years. The error was made because the sentencing range was initially calculated as if Ms. Reyes was in possession of marijuana, and not cocaine.

When Ms. Reyes applied for U.S. citizenship in 2019, she was informed by U.S. Customs and Immigration Services that her 2003 conviction was an aggravated felony under federal law, and that she was therefore ineligible to ever become a U.S. citizen.

Ms. Reyes then filed a petition for writ of error coram nobis, which is a way of asking a court to correct a factual or legal error that affects the validity of the conviction. Ms. Reyes’ theory was that her 2003 guilty plea was made in violation of Maryland Rule 2-242(c), which requires a criminal defendant to understand the consequences of a guilty plea.

The trial court denied Ms. Reyes’ petition for coram nobis relief, based on a case called Coleman v. State. In Coleman, the Court of Special Appeals affirmed the denial of coram nobis relief because (1) the sentence Coleman received was well below the statutory maximum, (2) Coleman failed to directly appeal the sentence, and (3) and Coleman had waited 12 years since conviction and her coram nobis petition. The trial court found that the same circumstances in Coleman were present here, and denied Ms. Reyes relief. The Maryland Court of Special Appeals disagreed and found that the facts were sufficiently different to merit a different result.

The Court of Special Appeals also found that the critical inquiry is not the circumstances of when coram nobis relief was sought, whether there was a direct appeal, or whether the sentence was below the statutory maximum. Instead, the dispositive inquiry is whether a criminal defendant had actual knowledge of the maximum sentence they faced. The factors identified in Coleman were relevant, but not dispositive. The Maryland Court of Special Appeals also held that the fact a defendant knew of the maximum sentence at the sentencing hearing has no bearing on whether they had that knowledge when they pleaded guilty.

The Plaintiffs here are approximately 100 persons who voluntarily signed agreements to sell their structured settlements from lead paint exposure claims to Access Funding, in exchange for lump sum payments. The suit alleged negligence, misrepresentation, fraud, and conspiracy. The agreements with Access Funding contained an arbitration clause. On that basis, Access Funding filed a petition to compel arbitration.

Under the Maryland Structured Settlement Protection Act, a structured settlement transfer must be approved by a court, and the court must find that the transferor received independent professional advice as to the legal and financial implications of the transfer agreement. The means by which Access Funding secured court approval is central to the case. After the Plaintiffs signed these agreements with Access Funding, Access Funding placed them in touch with an attorney, Charles E. Smith, who signed letters indicating that he had explained to all of the Plaintiffs the legal and financial implications of the transfer and the agreement they had signed. These letters were then submitted to the court by Access so the transfers could be approved. Unbeknownst to the Plaintiffs, Charles E. Smith was affiliated with and received payment from Access, and thus did not provide “independent professional advice” as required by the Maryland Structured Settlement Protection Act.

The Plaintiffs alleged that Access used Mr. Smith to specifically prevent them from fully understanding and appreciating the transfer agreement’s binding arbitration clause.

The Circuit Court for Baltimore City granted Access Funding’s petition to compel arbitration, but did so without specifically addressing the validity, and therefore the existence of the arbitration clause. In essence, the court presumed the validity of the agreement without a real inquiry. Generally, arbitration agreements are presumed to be valid because they are matters of contract.

This was an error, as Judge Nazarian explained for the Maryland Court of Special Appeals in a superb written opinion. The sale of structured settlements, the Court said, are not simply arms-length contractual agreements. Maryland law requires that a court approve the sale of structured settlements. And a court can only do so, under the Maryland Structured Settlement Protection Act, if it finds that the party selling their structured settlement in exchange for a lump sum cash payment received “independent” professional advice. And here, the courts ratification of the transfer agreements was, at least allegedly, fraudulently obtained because the transferors did not receive independent professional advice, as required.