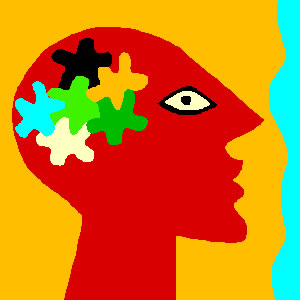 According to the National Institute of Mental Health, in 2012 there were 43.7 million (18.6%) adults aged 18 or older in the U.S. with a mental illness[1]. In 2008, 13.4 percent of adults in the United States received treatment for a mental health problem (this includes adults who received care in inpatient or outpatient settings and/or used prescription medication for mental or emotional problems).

Based on the above percentages it is obvious that as attorneys in family law cases we are called upon to work with clients, or to oppose parties, who are currently in treatment, should be in treatment, or have previously been in treatment for mental illness. These are sensitive, private issues, which most individuals do not wish to share with anyone. The confidential nature of such issues has been recognized by the Maryland legislature, which codified a privilege which gives the right to refuse to disclose information regarding the client’s treatment.[3] The patient has the right to prevent his or her therapist from revealing any information as well.

When the privilege was initially enacted, it contained an exception which allowed a trial judge to compel the disclosure of privileged mental health records in a custody proceeding if the judge believed that the disclosure was necessary to determine custody.[4] This exception remained in the statute until it was repealed in 1977. The balance of the privilege statute remained unchanged.[5] The decision to repeal this exception was not taken lightly, and numerous organizations and individuals complained that the exception was not fair. Their argument was that the exception undermined an individual’s ability to speak candidly, or may even cause that individual to terminate therapy because they feared that their discussions with their therapist may be revealed to third parties.[6] If the individuals did not speak candidly or terminated therapy due to this fear, everyone, including the children, would suffer.[7]

As with any privilege, the mental health privilege is not absolute. Parties may waive the privilege by putting their mental health at issue, either as an element of their claim or as a defense. In Laznosky v Laznosky, the Court of Appeals was confronted with the issue of whether a parent (here, the mother) had put her mental health at issue when she sought custody of the children, and the parent makes the necessary claim that she is a fit and proper person to have custody.[8] After reviewing the vast legislative history of the privilege, the original custody exception and the decision to repeal the exception, the Maryland Court of Special Appeals found that one does not automatically put their mental health at issue by requesting custody of their children or making the requisite claim that they are a fit and proper person to have custody – otherwise there would be no privilege at all!

We accordingly hold that, while the mental and physical health of a party is an issue to be considered by the trial court, a person seeking an award of child custody that claims to be a fit parent, does not, without more, waive the confidential psychiatrist/psychologist-patient privilege in respect to her or his past mental health “diagnosis and treatment” communications and records. Fitness of parents is a fundamental and primary element of child custody litigation. It is present even if not stated. It is no more present when it is stated by one party or the other. An assertion that one is fit is merely an assertion that one meets the qualifications to be awarded custody. If it were the law in Maryland that anyone seeking custody of children specifically placed their mental condition in issue, there would be no psychiatrist-patient privilege in custody disputes. The Legislature clearly established a contrary public policy. It chose to preserve the privilege in custody cases.

But the discussion can not end there. While every party who brings a claim for custody may not have to disclose their mental health records, many parties feel forced to do so. If the opposing party has made an issue of the client’s mental health, and it is clear that the client either has or is currently dealing with mental health issues, you (the attorney and client) are immediately put on the defensive. If the client wishes to preserve his or her privacy, and not waive the privilege, the court is left with a negative inference that may legitimize the issues raised by the opposing party, and the client now has a Hobson’s choice.

If the client chooses not to waive the privilege, the client may be disadvantaged because those portions of their mental health records, or their therapist’s testimony, that are favorable and would indicate they are a fit and proper person to have custody will not be presented to the court. This must be weighed against the fact that by waiving the privilege the floodgates are opened, and the client cannot pick and choose which information the therapist has remains shielded by the privilege.

Waiving the privilege will likely lead to the client’s records ending up in the hands of the opposing party, and also before the court. Perhaps the only thing more nerve racking than having your therapist take the witness stand, subject to cross-examination, is having to submit your therapy records to the court and opposing party to pour over. Additionally, if a situation arises where the client’s therapist is unwilling or unable to testify in court, the client will not have the benefit of having a medical professional explain the records to the court, and will run the risk of having the court misinterpret the records. In this case, where the client has waived the privilege, but the author of the records is not testifying, one last ditch effort to protect the client’s privacy is to ask the court to exclude these records as hearsay. While there is a hearsay exception which allows for the introduction of medical records, there is a good case to be made that therapy records lack most of the indicia of reliability in which the exception for medical records is grounded. First, therapy records are generally being offered to “prove the truth of accounts of events and of complicated medical and psychiatric diagnosis. The accuracy of such accounts is affected by bias, judgment, any memory; they are not the routine product of an efficient clerical system. There is here lacking any internal check on the reliability of the records in this respect.”[9] Further, not only the accuracy of records may be compromised, but also therapy records contain diagnosis, which involve conjecture and opinion. The records often contain medical terms, phrases or symbols which a lay person, including the judge, may misinterpret. Additionally, the therapy records almost certainly contain statements from the client, or third party statements relayed to the therapist through the client. These statements are often taken out of context, and recorded based on the therapist’s own impressions or conclusions. Without the ability to cross examine the therapist, the court will never receive an accurate, complete picture of the client’s issue and treatment.

The court in New York Life Ins. Co. v. Taylor ultimately ruled that the records were inadmissible, however, you cannot rely on the same ruling from a Maryland judge presiding over a custody matter who may ultimately find that the court must review the records to determine what is in the best interest of the child.

So where does that leave us?

Instead of waiving the privilege consider an independent psychiatric evaluation of all involved parties. The evaluator will almost certainly require the parties to provide all of their mental health records, and that the parties allow the evaluator to speak with their treating professionals. However, the upside is that allowing one psychiatrist or psychologist to examine all involved parties and relevant collaterals may achieve a more balanced view of the situation. This view is shared by Dr. Jonas R. Rappeport, whose letter is included in the legislative history of Senate Bill 90 which bill excised the exception permitting judges to compel disclosure in custody matters, and which is quoted in Laznovsky, who felt that the court is well served by having the same psychiatrist and psychologist examine all parties in question to custody battles and thereby have an opportunity for a very well balanced view of the situation . . . [W]e feel that we are much more capable of rendering an unbiased, overall view of the situation and presenting recommendations that are truly in the best interest of the child than we might be able to do should we be involved with only one parent whether it be a long term therapeutic relationship or merely an evaluation.[10]

While, engaging a private evaluator, may be the least offensive choice, it comes with a hefty cost. The services of a private custody evaluator can cost anywhere from $5,000.00 to $20,000.00 or more. The reality is that most clients are unable to afford such an expense when already embroiled in costly litigation. Therefore, if the client doesn’t have the funds for a private evaluation, you will find yourself contemplating the choice between waiving the privilege and exposing the client’s innermost personal thoughts, asking the Court to appoint its custody evaluator, or perhaps leaving the trial judge with a less than favorable impression of the client’s mental health.

Jeff Greenblatt thanks Allison McFadden for her contributions to this blog post.

[1] This data was collected defining mental illness asAMI: meaning Any Mental Illness: A mental, behavioral, or emotional disorder (excluding developmental and substance use disorders); Diagnosable currently or within the past year; and, of sufficient duration to meet diagnostic criteria specified in the 4th edition of the Diagnostic and Statistical Manual of Mental Disorders (DSM-IV).

For more than 43 years, Jeffrey N. Greenblatt has focused exclusively on representing individuals in complex, emotionally-charged family law matters in Maryland. Jeffrey has extensive trial experience and has negotiated out-of-court resolution experience in every type of family law dispute that impacts his clients’ lives, with a strong emphasis on the following: