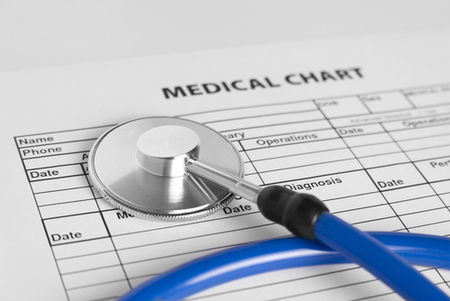 … an unintended act (either of omission or commission) or one that does not achieve its intended outcome, the failure of a planned action to be completed as intended (an error of execution), the use of a wrong plan to achieve an aim (an error of planning), or a deviation from the process of care that may or may not cause harm to the patient.

The study author, a surgical oncologist at Johns Hopkins, claims that when death certificates are signed, causes of death that are not associated with an ICD code (International Classification of Disease) are not captured. As a result, when death certificates are studied nationwide, medical errors as defined above and which include things that can directly result in patient harm and death such as communication breakdowns, diagnostic errors, poor judgement or inadequate skill are neither counted or analyzed.

The study argues for better data in order to better measure the problem, design safer systems, and reduce the frequency of error as a cause of patient harm.

As a medical malpractice lawyer, the study's findings were not surprising. We are often asked to review cases with fatal outcomes where the death certificate makes no mention of medical mistakes.  As lawyers, we are forced to overcome misleading death certificates and prove that our clients’ loved one died from an avoidable medical mistake.

The fact that the third leading cause of death is medical error is shocking. If this number is even partially accurate, it constitutes dramatic evidence that huge numbers of medical mistakes are unrecognized each year not only by the medical community, but by patients or their families as well.  A quarter of a million deaths annually from medical error means that most of the deaths could have been avoided with better systems, education, training, technical competence and/or attention to detail. It should be noted that the quarter of a million medical errors cited in the study refer only to deaths. This shocking number does not include the other victims of medical error who may have been maimed or crippled.

While the study author’s point is that the method of coding causes of death used to compile national statistics needs to include methodology for acknowledging medical error, there is another conclusion that can be drawn as well.

At present, it is the plaintiff lawyers, representing families of the victims of medical error who are primarily responsible for uncovering these medical errors and bringing them to light. The current tort system provides a significant benefit, not only to the patients and their families, but to the medical community as well. Medical malpractice suits often result in improvements imposed by insurance companies and hospitals once the mistakes are recognized. This in turn improves the overall quality of healthcare if for no other reason than to avoid making additional payments to other victims in the future.

Perhaps the most shocking aspect of medical error being the third leading cause of death in the United States is that the medical establishment and the corporations that insure it continue to press for additional relief from lawsuits by seeking more and more limits on the ability of patients to bring lawsuits and obtain just compensation for their injuries. They do so by insisting that they need protection from the "frivolous" lawsuit. A quarter of a million annual deaths suggests otherwise. With appalling numbers like these, is it any wonder that the medical establishment seeks additional protection to avoid paying the victims of their errors?

The continued effort to throw up roadblocks for patients and their lawyers’ who attempt to uncover these medical mistakes by imposing limits on jury awards and attorney fees flies in the face of logic and this new and shocking statistic. With medical error as the third leading cause of death the United States, it is abundantly clear why the medical establishment and the insurance companies are so motivated to keep medical errors private and ultimately uncompensated.

Burt M. Kahn was a member of the firm’s Executive Committee and served Joseph Greenwald & Laake for 49 years in every capacity from law clerk to managing partner. He was a trial lawyer with deep experience in helping victims and their families obtain justice in complex medical malpractice matters and other avoidable accidents that result in life-changing injuries or wrongful death. Over the past four decades, Burt distinguished himself as the leading litigator in the D.C.