Retaliation Claims Under the False Claims Act: “But For” or “Mixed Motive” Causation Standard? How to Prove Illegal Retaliation For Reporting Fraud on Government Contracts. 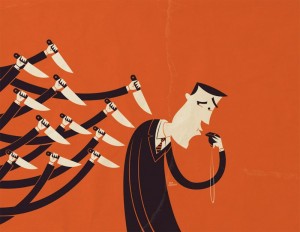 This past term, the Supreme Court in University of Texas Southwestern Medical Center v. Nassar held that retaliation claims under Title VII are required to be decided by what is known as the “But For” causation standard.[1]  So, if an employee reports illegal discrimination or harassment based on race, sex, or other Title VII protected conduct and suffers retaliation, the Supreme Court held that the employee must show that “but for” engaging in protected activity (reporting the illegal conduct), the employee would not have suffered the adverse action (such as termination).[2]

It is not good enough that the retaliation for engaging in the protected activity was one of several “motivating factors” for the adverse action.

In a direct claim for discrimination or harassment under Title VII, the courts have held, that a plaintiff need only prove that illegal discrimination or harassment was a “motivating factor” for an adverse action against the employee.[3]  This is commonly known as the “mixed motive” causation standard.  For example, under the mixed motive standard, if an employee suffers discrimination in the work place that results in a demotion (i.e., a “tangible employment action”), and the employer claims the demotion was the result of poor work performance, the employee ultimately needs to prove that illegal discrimination was just one motivating factor, even if the employer also had legitimate non-discriminatory reasons for the demotion.[4]

As a practical matter, the standard applied to a claim is extraordinarily important.  It is much easier to show that illegal motivation may have been one of many factors contributing to the adverse job action, as opposed to the “but for” cause, to the exclusion of other causes.

“The combined lesson of Nassar and Gross is clear: where Congress has given plaintiffs the right to sue employers for adverse actions taken against them by their employers because of X, plaintiffs may succeed only by showing that X was a but-for cause of the adverse action, not merely one of several motivating factors. Notwithstanding the circuit’s statements to the contrary in this case, because the False Claims Act’s retaliation provision includes the same key language as the Title VII retaliation provision recently interpreted by the Supreme Court in Nassar, and the ADEA discrimination provision interpreted in Gross, the Court must apply the same heightened causation standard here. To succeed on her claim, a plaintiff must show that retaliation for protected activities was a but-for cause of the adverse action.”[11]

Does this mean a plaintiff will never be able to prove retaliation under this standard?   NO.  We know this because in this case, despite adopting the tougher standard, Judge Lamberth allowed the retaliation claim to go forward and denied summary judgment.  In the court’s view there were genuine disputes of material fact as to whether the plaintiff’s reports of fraud led to her termination.[12]   Further, the court analyzed the standard under the earlier version of Section (h).   Although the new version uses the same “because of” language as the prior version, the scope and intent of the provision was certainly expanded in the amended version. Also, this is just the beginning of what will undoubtedly be a developing area of case law.  Other district courts and circuits may differ in their views as to the proper standard to be applied in future cases.

Jay Holland is a Shareholder in the Firm, and heads the Firm’s Labor, Employment and Whistleblower practice.