With the recent cancellation of ABC’s sitcom Roseanne, many are talking about the First Amendment and its reach within the workplace. Did Roseanne have the right to speak her opinion? Does ABC have the right to fire her? JGL Principal Veronica Nannis explores this current situation from all sides in her most recent blog. 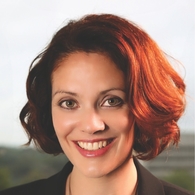 ROSEANNE HAD EVERY RIGHT TO SAY WHAT SHE DID,

AND ABC HAD EVERY RIGHT TO FIRE HER

Free Speech in the Workplace

On Tuesday of this week, free speech and its immediate employment repercussions were on full display. When actress Rosanne Barr posted a tweet that many, including her employer ABC, viewed as abhorrent and repugnant, within hours her hit TV show was cancelled. Many applauded ABC’s decisive action, but others have questioned how it can fire Roseanne for exercising her First Amendment right to free speech. Like most answers in the law, there is a balancing act of everyone’s rights. While Roseanne had every right in a free society to speak her mind, her employer also had every right to fire her.

The First Amendment Does Not Cover Private Employers

“This is a free country, isn’t it?!” While this sentiment is commonplace and true, there is often a mistaken overuse or generalization of the First Amendment. Generally speaking, an employee without a contract has the right to speak his or her mind as long as that speech does not violate the law or infringe on another’s rights. At the same time, however, employers in the majority of at-will states also have the right to discipline, demote or fire an employee for any on-the-job speech it deems unacceptable. Despite our free country, private employers are typically allowed to censor speech that occurs on the job. They are also allowed to censor speech or activity that discriminates against, creates a hostile work environment or harasses another employee. In that regard, and as with all of our rights, our right to free speech generally ends where another person’s (or entity’s) rights begin.

One of the reasons that a private employer can censor speech is because the First Amendment does not cover private entities. It is expressly limited only to government – federal, state and local. It does not govern companies or individuals. So, there is no “freedom of speech” blanket protection while an employee is on the clock working for a private employer.

We’ve seen controversial public statements and the resulting very public firings before. In August 2017, a memorandum circulated that was authored by a senior Google employee and titled Google’s Ideological Echo Chamber. The memo argued that the reason for the low number of women in the tech industry was not a problem of a lack of diversity policies but instead is due to biological differences, including “higher agreeableness” and more “neuroticism,” that leave women less well-equipped to perform the work that tech jobs demand.

The media coverage of the memo sparked vigorous debate and outrage. After several days of a media firestorm, Google terminated the memo’s author. In an email published by the Washington Post, Google’s CEO stated that although Google strongly supported the rights of its employees to express themselves and debate issues like those discussed in the memo, “[t]o suggest a group of our colleagues have traits that make them less biologically suited to that work is offensive and not OK. It is contrary to our basic values and our Code of Conduct.” Relying on its employment policies including its Code of Conduct, Google fired the author. This firing was upheld by the National Labor Relations Board (NLRB) in February 2018.

In Roseanne’s case, it has been reported that ABC put so called “morality clauses” into the show’s contracts that let ABC fire an actor for incurring “public disrepute or humiliation, contempt, scandal or ridicule” that “insults or offends the community or any substantial group thereof."[1] In this social media age, ABC protected itself and its image with these contract clauses like many corporate employers and sponsors have done for decades. Presumably ABC triggered its morality clause when it quickly moved to fire Rosanne for the contents of her off-the-clock tweets.

How does it work for the average employee? Most employees do not have employment contracts and are not under morality clauses like celebrities. You should know your rights, be sensitive to others’ rights and know your employer’s rights too. Many states, including Maryland where I practice, California where Google is located and New York where ABC is headquartered, are all at-will employment states. An at-will state means that, absent a contract, certain union protection, legal prohibition or public policy, an employer can demote or fire an employee for any reason, or no reason at all. If you live in an at-will state, your private employer does not need a reason to fire you. So, while of course an employee can speak at will, a private employer can generally fire at will as well.

After confirming whether your state is at-will, look to see if there are any state laws protecting private employer censorship of speech for non-work related activities.

California is one of a handful of states, including Colorado, New York and North Dakota, in which there are state laws protecting limited out-of-work speech. For instance, though an at-will state, in California, employers may not fire an employee for engaging in lawful conduct occurring during nonworking hours and away from the employer’s premises.[2] Similarly in New York, an employer may not fire an employee because of his or her “legal recreational activities outside work hours, off of the employer’s premises and without use of the employer’s equipment or other property.”[3] These states are a decided minority, however, and most others do not have such employee protections on the state law books.

Given California’s state employment law protections, if the Google employee had given an off-the-clock speech about his political views related to IT and if he had not mentioned Google by name, Google would have had a harder time firing him for out-of-work activities. Similarly, if ABC had not included a broad morality clause in its actors’ contracts, it also may have had a harder, legally defensible decision to make than the swift firing we saw this week.

For most employees in at-will states, beware that although you are free to speak your mind in this country, that is a freedom from being imprisoned by the government for exercising your right to free speech. In the employment context, while employees are generally free to speak openly, employers are also free to fire for unwelcomed speech. While it will keep you out of prison, the First Amendment will not keep you out of the unemployment line.