The Three Most Important Pieces of an Estate Plan 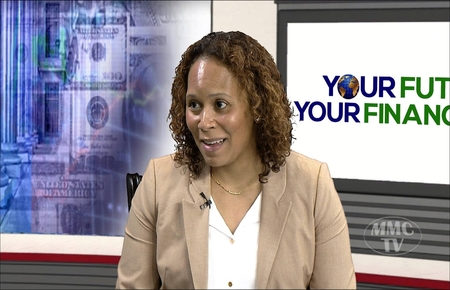 Eleanor Hunt, senior counsel at the Firm, recently discussed wills, trusts, and related estate-planning topics on “Your Future Your Finances,” a television show that aired in Montgomery County, Md., on MMC Channel 16.

Hunt, who represents clients in the areas of family law and estate planning, told the show’s moderator, Brian Kuhn, that a basic estate plan for most individuals consists of three documents – a will, a financial power of attorney, and an advance medical directive.

Hunt noted that although these documents are very important for people to have, a surprisingly large number of people fail to have them prepared. She pointed to the recent passing of Prince, who died without a will, as an example of a celebrity who did not take care of these key matters.

She said that perhaps some people feel that it’s taboo to talk about death and that some people have the idea that preparing these documents might hasten their death.  She also said that many people “are misinformed about a will and about what protection it provides.”  If people, on their own, try to express their advance wishes about their property or their medical treatment without following the legal formalities set forth in the Maryland law, and without the guidance of a knowledgeable attorney, then third parties such as financial institutions and hospitals may not adhere to their wishes, let alone the courts in Maryland and elsewhere.

Hunt also said that in many cases, a trust, which transfers ownership of property to a trustee who holds the property for the beneficiary, can function as an alternative to a will in disposing of property after death.  She said that a trust will avoid the probate process that occurs when there is a will and that it can be a speedier, more efficient process. In addition, a trust is well adapted to a situation when a person owns real property in a state other than his or her residence.  If that person dies with a will, there would need to be an ancillary probate proceeding opened in that other state.

Finally, Hunt said, another advantage of a trust, from some people’s perspective, is that it never becomes public.  After a will is admitted to probate, it becomes public record.