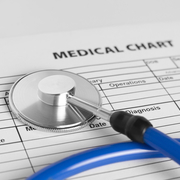 Handling vacuum extraction cases requires an understanding of the use of the instrument and the consequences of its misuse.  After discussing the warnings to physicians and midwives, the American College of Obstetrics and Gynecology and other literature, practical information and suggestions, including deposition excerpts, for representing those who may be injured will follow.

In February 1991, ACOG issued a Technical Bulletin[i] dealing with operative vaginal delivery.  Under the heading of “Clinical Management” the Bulletin stated:

The indications, preparation of the patient, definitions, and prerequisites for vacuum extraction delivery are the same as for forceps deliveries.

Noting at that time that literature for the safety of the soft cup vacuum was sparse, the following criteria were suggested:

The Bulletin ends with:

As with forceps procedures, there must be a willingness to abandon attempts at vacuum extraction if progress does not proceed easily.

This Technical Bulletin[ii] was superceded by another one issued in August 1994[iii], which reaffirmed that:

. . . indications, preparation of the patient, definitions, and pre-requisites for vacuum extraction are essentially the same as for forceps delivery.

One significant change in the Technical Bulletin appears on page four:

There is a lack of consensus regarding the number of pulls required to effect delivery, the maximum number of cup detachments that can be tolerated, and the total duration of the procedure.  These issues have not been subjected to rigorous scientific study and should be based on the judgment of the operator or supervisor and clinical circumstances.  As a general guideline, progress in descent should accompany each traction attempt.

As with forceps procedures, there should be a willingness to abandon attempts at vacuum extraction if satisfactory progress is not made.[iv]

Since the indications for vacuum extraction are essentially the same as for forceps delivery, the cervix should be completely dilated, the membranes should be ruptured, and the fetal head should be engaged. With regard to the determination of station, significant caput formation can lead an obstetrician to misjudge where the bony part of the head actually is located.[v]  The contraindications,[vi] therefore, include:

Dr. Robert H. Hayashi, in his chapter on ventouse delivery, notes that:

Caution should be used if a vacuum extractor is used on a fetus who has had fetal scalp blood samplings performed earlier in labor, since there has been one report of an exsanguination of an infant when ventouse delivery followed fetal blood sampling.[vii]

ACOG Practice Bulletin Number 17, entitled “Operative Vaginal Delivery” and dated June 2000 indicates “the incidence of intracranial hemorrhage is highest among infants delivered by caesarian following a failed vacuum or forceps delivery.”  They go on to say, “… an operative vaginal delivery should not be attempted when the probability of success is very low.”  In addition, “persistent efforts to obtain a vaginal delivery using different instruments may increase the potential for maternal and fetal injury and often indicates cephalo pelvic disproportion.”  When should operative vaginal delivery be avoided?  ACOG indicates, “most authorities consider vacuum extraction inappropriate in pregnancies before 34 weeks of gestation because of the risk of fetal intraventricular hemorrhage.  Suffice it to say, vacuums may also be responsible for retinal hemorrhages and hyperbillirubinemia.”[viii]

Dow Corning, in its literature dealing with the SILASTIC® Obstetrical Vacuum Cup, under general indications states:

The indications for the use of  the SILASTIC® Obstetrical Vacuum Cup are made much the same as the forceps operations.

The manufacturer also advises, “Always pull in synchronization with the contractions- this is one of the most important principles and rules in the application of the vacuum cup.”[ix]

In the Operational Guidelines for use of The Mityvac Obstetrical Vacuum Extraction System, published in March, 1997, the manufacturer warns:

INCORRECT USE OF THIS DEVICE COULD POSSIBLY CAUSE:

SOME OF THE LITERATURE

In Shoulder Dystocia and Birth Injury, Prevention and Treatment,[xii] Dr. James O’Leary warns that “both the perturbations of difficult high or mid-forceps delivery or a vacuum extraction of a head wedged within an inadequate tight, bony birth canal, present grave danger of fetal, skull and brain injury. . .”

Moreover, the body of medical literature contains several studies and articles indicating that vacuum extractors can cause dangerous and life threatening effects as a result of the pressure applied to the area of the venous sinuses.  To cite only a few examples, Dr. Aldo Vacca’s paper entitled “Birth by Vacuum Extraction: Neonatal Outcome,”[xvi] indicates that use of vacuum extractors has caused the incidence of subgaleal hemorrhage to increase “considerably.”  Dr. Vacca writes:

Intracranial hemorrhage should always be considered in the differential diagnosis if the baby exhibits abnormal neonatal behavior after difficult vacuum extraction so that early diagnosis may lead promptly to more effective treatment.[xvii]

[D]amage to the falx or tentorium and to their venous sinuses may occur when compression on the head is excessive as may happen when vacuum extraction is attempted in the presence of severe molding.

Vacuum extraction is also correlated with tentorial hemorrhage and mental retardation by the physicians in “Tentorial Hemorrhage Associated with Vacuum Extraction.”[xviii]

There, the reviewing physicians state:

In summary, the use of vacuum extraction may produce ventricle stress on the fetal cranium in the occipitofrontal diameter, causing tentorial hemorrhages . . .  In two of these patients, the hemorrhagic complications were associated with diffuse hypoxic-ischemic injury or cerebral infarction.[xix]

It has also been noted that:

Tentorial tears have been associated with mechanical injury to the fetal cranium and are thought to be related to the sheering forces on the tentorium resulting in rupture of the deep venous system or laceration of the inferior surface of the cerebellum.  Although the pathophysiology is not clearly understood, the vacuum extractor may produce stress on the fetal cranium in the occipital frontal diameter, with tension on the tentorium.  The tentorium may then rupture, causing intracranial hemorrhage.[xx]

In his chapter on cephalopelvic disproportion, in the Manual of Clinical Problems in Obstetrics and Gynecology (1994), Dr. Sibai states that:

The association of documented CPD with abnormal patterns of progress, in the form of arrest of dilatation or descent, is an indication for cesarean birth without any further trial of labor . . . Once CPD is diagnosed, cesarean delivery is the treatment of choice.

Vacuum extraction has also been associated with the development of dural tears.  The application of the vacuum cup to the vertex with longitudinal traction exerts vertical stresses on the tentorium with tearing and hemorrhage similar to that seen with forceps delivery.[xxi]

In handling vacuum injury cases, it is important to recognize whether it was appropriate to use the vacuum, whether the vacuum was used appropriately with respect to placement, number of pulls, pop-offs and time.  Also important to discover is whether newborn caregivers were aware of the potential problems from its use.  Always remember the ACOG admonition: “as with forceps procedures, there should be a willingness to abandon attempts at vacuum extraction if satisfactory progress is not made.”[xxiii]

[x]           Operational Guidelines for Use of the MITYVAC® Obstetrical Vacuum Extraction System, March 1997.

As a founding member of Joseph, Greenwald & Laake, Andrew Greenwald has a reputation for being an unwavering and effective advocate who has obtained millions of dollars in recoveries for his clients. Andrew has extensive experience in representing victims of medical negligence, including: