Want Help Deciding If The New Hire Is An Employee or an Independent Contractor? Try Remembering your ABCs 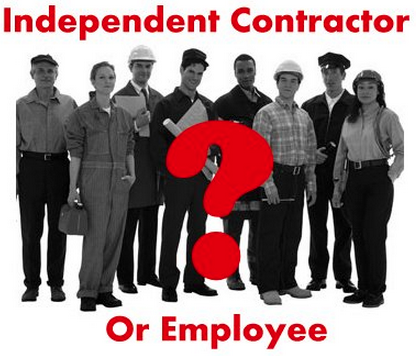 If you own a business, there’s a good chance you’ve been faced with the independent contractor vs. employee dilemma. The decision isn’t always an easy one to make and since an incorrect designation can have significant negative consequences, it’s best not to decide in haste or purely on the basis of economics. Here are some things to consider the next time the issue comes across your desk:

Second, as noted above, the ramifications of improperly designating an employee as an independent contractor can be significant and far reaching. An improper designation can result in the business being held liable for unpaid Federal and state withholding taxes, overtime and minimum wage obligations, all of which could generate penalties and interest. Moreover, an improper designation can affect eligibility for employment benefits and may lead to a disqualification of certain benefit plans.

Finally, there is no single, definitive standard for determining whether someone is an employee or an independent contractor. The analysis can change depending on which governmental agency is involved. For example, the Internal Revenue service has factors they consider determinative which are not necessarily the same factors that will be considered by the state agencies in charge of wage and hour or unemployment matters. While the various factors tend to hover around the same basic central themes, they are not identical. So what’s the conscientious business owner who just wants to get the decision right supposed to do? In Maryland anyway, they might want to consider starting with the test that is used by several state agencies, often referred to as the “ABC Test.” Unfortunately, in this case ABC is not an acronym, so the letters don’t actually help in remembering what’s involved with an independent contractor test. Still, with only three factors to consider, the ABC Test is relatively straightforward, making it a good place to begin. Under the ABC test, you are hiring an employee unless all three of the following are true:

A. The individual performs the job free of control and direction;

B. The individual is engaged in an independent business of the same nature; and

Since the ABC test takes a conservative approach, if your circumstances satisfy the test, your work is likely done and you can feel confident that your new hire is an independent contractor. If you don’t satisfy all three of the requirements of the ABC Test, it does not necessarily mean you have an employee- employer relationship; but if you don’t meet the standards of the ABC Test, you should not even consider designating a new hire as an independent contractor without analyzing the situation and the applicable law in more detail.

For nearly 30 years, Jerry Miller has helped clients large and small tackle the legal challenges of owning and operating a business, from choosing the right corporate structure and working out a first lease, to advising seasoned entrepreneurs on a wide variety of complex business issues and, ultimately, helping clients transition their business to a succeeding generation of ownership.