In A Workers Compensation Case, Remember You Can Implead In The Alternative – Accidental Injury Or Occupational Disease 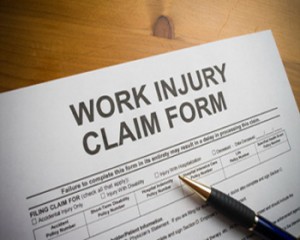 In occupational disease cases, there must be a showing of industrial loss of use, often evidenced by loss time. One recent case involved a food service worker in a public school system. The worker was extremely dedicated and never wanted to miss work, but she was injured by a repeatedly broken deli slicer, which, on its face, sounds like an insidious onset over time and not one accident.

The issue arose, when unbeknownst to her, she suffered a rotator cuff tear from using the “broken meat slicer” regularly for a year, but continued to work. After seeing a doctor who ordered an MRI, the rotator cuff tear was diagnosed.

Even though she did not miss much time from work, there was an issue of when the time was lost and whether the two year statute of limitations had passed. Later in the year, she had an incident when she attempted to lift a huge pot with no assistance, but due to excruciating pain in that same shoulder, she injured the shoulder more and dropped the pot.

After dropping the pot, she became disabled. Not only did she remain disabled but she was forced to have the rotator cuff repaired.

The issues became: 1) Does she have to file occupational disease because the rotator cuff tear occurred (per the doctor’s expert opinion) from the long standing use of the broken machine, even though she did not have any substantial time off from work; 2) does she have to file an accidental injury and claim pre-existing issues; or 3) can she file both claims?

In general, to prevail on a claim for occupational disease, the claimant is required to produce some evidence, even if minimal, to demonstrate: (1) that the alleged occupational disease is inherent in the nature of the work performed; (2) that her injuries were causally related to her performance of that work; and (3) that as a result, she was incapacitated as of the date of her alleged disablement. Smith v. Howard County, 177 Md. App. 327 (2006).

An accidental injury has different statutory requirements. In Harris v. Board of Education, 375 Md. 21 (2003), the Maryland Court of Appeals ruled that the worker’s injury itself, not the activity giving rise to the injury, must be accidental, and that an injury is accidental as long as it was unexpected or unintended. Additionally, the activity giving rise to the injury need only “arise out of and in the course of employment,” and not be otherwise excluded by the Act (Md. Code Ann., Labor & Employment Article, section 9-101 et seq.).

Ultimately, this claim will have an apportionment issue at the time of determining permanent partial disability, but many claims do. Had the complainant not also filed the occupational disease claim, however, the Commissioner could deny a portion of the medical issues preceding the accident. In that case, there would have been no distinguishing where the injury started or ended. Moreover, had she not sought both remedies, the other side could have requested a continuance on the grounds that it was not an accident, but rather an occupational disease.

But this way, complainants have all your ducks in a row and you let the Commissioner do his or her job – choosing the best option between occupational disease and accidental injury!