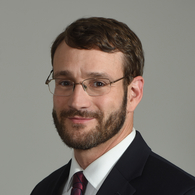 Judge Brett Kavanaugh’s recent nomination to the Supreme Court has brought to light his track record of voting in favor of business interests, leaving many worker advocates worried about a potential confirmation. Erin Mulvaney of Law.com reached out to the legal community for their thoughts, questions and predictions of the Supreme Court should Kavanaugh be appointed to the court. Joseph Greenwald & Laake principal Brian Markovitz was included in this conversation.

If given the opportunity to ask Kavanaugh a question during his confirmation hearing, Markovitz said an important question would be whether the Civil Rights Act of 1964 was a proper exercise of the commerce clause, because it was “a controversial decision.” “They were trying to end discrimination but there were roadblocks from private companies to get them to do it,” Markovitz said. “From reading his opinion, he seems to want to bring us back to the 1950s.”

“That’s the real travesty of this situation,” Markovitz said. “There was one point in time where the court . . . based decisions on judicial scholarship and thought. Now, it’s almost full politics.”

To read the full article, click on the law.com logo below.

Brian Markovitz is a principal in JGL’s Labor and Employment and Civil Litigation practice groups, and focuses on helping victims who have suffered severe injustices in the workplace. He represents individuals in complex employment litigation and appellate matters involving wrongful termination, retaliation by employers in response to reporting fraud or misconduct and discrimination on the basis on race, gender, age and sexual orientation.