Joseph Greenwald & Laake principal attorney Timothy Maloney spoke at the Court of Appeals on May 7 regarding a case in which the General Assembly withheld the salaries of acting Health Secretary Dennis R. Schrader and former acting Planning Secretary Wendi Peters. Maloney represents both secretaries, and was quoted in the Maryland Daily Record.

The case asks whether or not Maryland’s top court believes Governor Larry Hogan used recess appointments in an acceptable way following the withdrawal of their nominations from Senate consideration. Assistant Attorney General Julia Doyle Bernhardt argued that the executive branch does not hold the sole power to appoint, because it is a shared power between the executive and the Senate. However, Maloney argued that Hogan was within his rights to appoint both Schrader and Peters.

Maloney told the court, “If the General Assembly can do this, if they basically can chop off their heads, if you will, budgetarily by simply placing language on Cabinet members it doesn’t want to appoint, here it would be recess appointments and next week it could be something else. It really deprives the executive of the inherent executive authority to make recess appointments.”

Maloney is a preeminent trial lawyer who has obtained millions of dollars in recoveries for his clients in a wide variety of matters, including civil rights, employment discrimination, whistleblower actions and high-stakes business litigation. He is a committed advocate for the public good who has held leadership roles with many civic and charitable organizations. 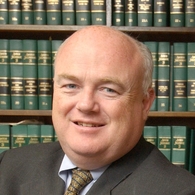