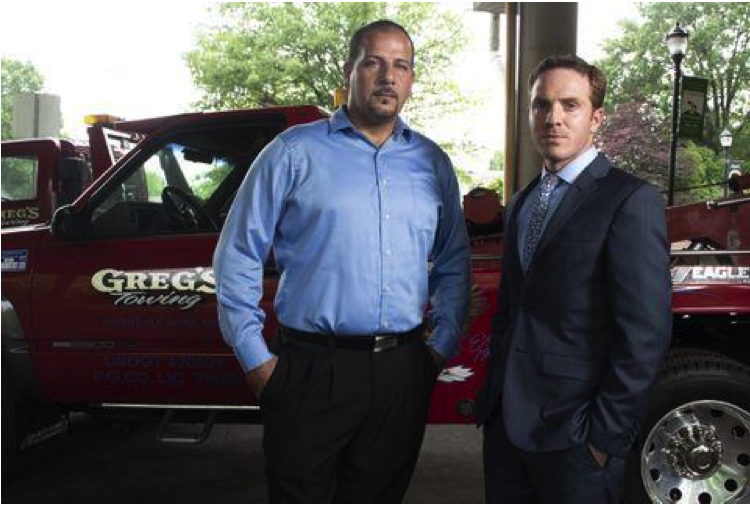 In May, JGL attorneys Levi Zaslow, Maritza Carmona and Tim Maloney won nearly $260,000 in damages for their client, Mamoun “Mike” Ashkar, who faced ethnic discrimination within his community of Riverdale Park in Prince George’s County. The Washington Post has just published an article about this case as it has meaningful impact on not just the Prince George’s County town but also for broader communities.

Mr. Ashkar, a Palestinian-American, became the owner of Greg’s Towing in January of 2015. Greg's Towing is the only tow company in the Town of Riverdale Park in Prince George’s County and, for 30 years, it was the exclusive tow service provider for the town and its police department. Once Mr. Ashkar took over Greg's Towing, he contacted Town representatives, including the police dept., to continue the company's long standing relationship with the Town, but he was denied the by the Town, its employees and the police department through numerous instances that included derogatory language, name-calling and discriminatory statements.

“My parents moved here because it’s supposed to be the land of the free,” Ashkar said. “It’s made up of a lot of people. We all live together and this is what makes this country up, people from all over . . . It’s a very normal life and I don’t know why they would think otherwise.”

When JGL’s Levi Zaslow was asked about proving his client’s case, he stated, “In court, the town asserted that it was their business decision to select an alternative towing company since Greg’s Towing was temporarily removed from a list of county-approved vendors as ownership was transitioning to Ashkar . . . We were able to systematically show that each purported business decision was actually a pretext.”

Joseph, Greenwald and Laake, P.A. is proud to continue its longstanding tradition of providing a voice to victims of discrimination, such as Mr. Ashkar.