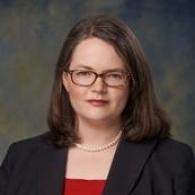 Ms. Shinnar has been recognized by her peers through appointments to leadership positions in her bar associations, and has been repeatedly invited to speak on key employment law topics. She currently serves as the co-chair of the National Employment Lawyers' Association (NELA) Disability Law Practice Group and on the board of the Metropolitan Washington Employment Lawyers' Association (MWELA), where she chairs MWELA’s Luncheon Seminar speaker program.

Prior to law school, Ms. Shinnar worked as the psychiatry research coordinator for a major behavioral health hospital, where she worked on clinical studies for improved pharmacological treatments for patients with schizophrenia and other severe psychotic disorders.

Ms. Shinnar presented her research findings at the American Psychiatric Association's annual conference. Her background in medical research informs her work advocating for individuals with disabilities, as well as guides her work with statistical data in class action cases. Ms. Shinnar believes in a client centric approach to cases, where plans a case strategy around the client’s personal and professional goals. She believes in being thorough, tenacious, and strategic to advocate for her clients.