"People come to us with very complicated legal problems that other firms might not be able to solve. We help our clients tackle major litigation issues in federal and state courts." 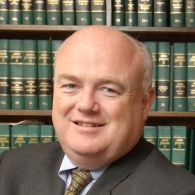 Timothy Maloney is a preeminent trial lawyer who has obtained millions of dollars in recoveries for his clients in a wide variety of complex matters, including civil rights, employment discrimination, whistleblower actions, and high-stakes business litigation.

As a principal at Joseph, Greenwald & Laake, Tim has successfully taken on the government in numerous high-profile police misconduct and criminal defense cases.  Along with his colleagues Steven Vinick, and Veronica Nannis, Tim led the trial team that obtained an $11.5-million verdict on behalf of the family of an innocent man shot and killed by Prince George’s County police. For this work, the Maryland Association for Justice named Tim and the JGL trial team its Trial Lawyers of the Year for 2011.

Tim has also represented Berwyn Heights, Maryland, Mayor Cheye Calvo in a civil rights case arising from an improper raid on his home by a Prince George’s County SWAT team. Police and sheriffs deputies entered Calvo’s home without knocking and shot his family’s two dogs. Calvo was never charged with any crime in connection with the case. Tim’s work helped draw national media attention to the issue of inadequate training of law enforcement officers relating to the use of force and animal control.

A dedicated public servant, Tim was a member of the Maryland House of Delegates from 1979 to 1994. In that capacity, he chaired the House subcommittees on higher education, transportation, public safety, and capital budgets, and was instrumental in bringing significant public investment to Prince George’s County, including the Clarice Smith Performing Arts Center, Prince George’s County Courthouse, Hyattsville Justice Center, and College Park Airport Museum.

Tim remains a committed advocate for the public good and has held leadership roles with many civic and charitable organizations, including the University of Maryland Foundation; Maryland Catholic Conference; and St. Ann’s Center for Children, Youth, and Families. As a member of the Maryland Judicial Campaign Conduct Committee, Tim works to promote the integrity of judicial elections and has helped establish statewide guidelines for judicial campaign funding.

Tim is frequently tapped as a speaker and author on significant legal developments and has given continuing legal education presentations to Maryland lawyers on topics including the rights of incarcerated people and employment litigation in federal court.

Timothy F. Maloney In the News

All Blogs by Timothy F. Maloney