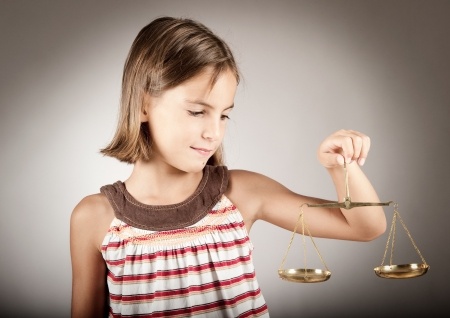 Pursuant to Md. Ann. Code, Family Law Art. § 1–202, in actions concerning a minor child's custody, visitation, or child support, “the court may: (1) appoint to represent the minor child counsel who may not represent any party to the action; and (2) impose against either or both parents counsel fees.” The appointed attorney may fill various roles, including reporting the children’s preferences to the court, investigating the reasons for the children’s preferences, and making an independent determination of their best interests. See Leary v. Leary, 91 Md. App. 26, 40, 627 A.2d 30 (1993).

One of the rationales for appointing an attorney for children is that they may become “pawns” in their parents’ fight to prevail on issues such as custody, visitation, or child support. See Lapides v. Lapides, 50 Md.App. 248, 250, 437 A.2d 251 (1981). The legislature has vested in trial judges the authority to appoint attorneys, or guardians ad litem, to serve the crucial function of representing children's rights and interests in their parents' custody disputes. See Md. Ann. Code, Family Law Art. § 1–202. In another decision, the Court of Appeals (the highest appellate court in Maryland) explained that this is rooted in ensuring the best interest of the child:

In resolving custody disputes, we are “governed by what is in the best interest of the particular child and most conducive to his welfare. This best interest standard is firmly entrenched in Maryland and is deemed to be of transcendent importance.” Ross v. Hoffman, 280 Md. 172, 174–75, 372 A.2d 582, 585 (1977) (footnote omitted). Keeping in mind “the best interest of the child,” we believe the appointment of an attorney to act as the guardian of the child in the instant matter is required. Furthermore, the appointment of a neutral third party would eliminate the very real possibility, as may exist in this case, of one of two warring parents exercising the power of veto for reasons unconnected to the polestar rule of “the best interests of the child.”

In determining whether to appoint counsel, Maryland Rule 9-205.1(b) “Appointment of Child’s Counsel” states:

(b) Factors. In determining whether to appoint child’s counsel, the court should consider the nature of the potential evidence to be presented, other available methods of obtaining information, including social service investigations and evaluations by mental health professionals, and available resources for payment. Appointment may be most appropriate in cases involving the following factors, allegations, or concerns:

(1) request of one or both parties;

(4) past or current child abuse or neglect;

(5) past or current mental health problems of the child or party;

(6) special physical, educational, or mental health needs of the child that require investigation or advocacy;

(8) alcohol or other substance abuse;

(9) consideration of terminating or suspending parenting time or awarding custody or visitation to a non-parent;

(10) relocation that substantially reduces the child’s time with a parent, sibling, or both; or

(11) any other factor that the court considers relevant.
[…]

In Garg v. Garg,[1] the Court of Special Appeals discussed the importance of appointing counsel for the minor child:

The relevance of the child's position and the fundamental importance of counsel's role are underscored by the function of the child's counsel in an acrimonious custody dispute. To that end, Md.Code, F.L. § 1–202 authorizes the circuit court to appoint counsel for a child to provide the court with an “independent analysis” of the child's position. John O. v. Jane O., 90 Md.App. 406, 436, 601 A.2d 149 (1992). Indeed, “[t]he purpose of § 1–202 is to afford the court an opportunity to hear from someone who will speak on behalf of the child.” Id. at 435–36, 601 A.2d 149 (citation and internal quotation marks omitted). The statute thus recognizes that the interests and positions of the parents in these cases are not necessarily congruent with those of the children, and that the child is entitled to an advocate who will champion the child's position. See Levitt v. Levitt, 79 Md.App. 394, 403–04, 556 A.2d 1162 (concluding that trial court should have appointed counsel for child in custody modification proceeding, although no party had apparently ever moved for appointment of counsel), cert. denied, 316 Md. 549, 560 A.2d 1118 (1989).

To be sure, [the child] was not a casual bystander in these proceedings. Yet, without the presence of counsel, his voice was not clearly heard. …

Given that [the child] will be profoundly affected by the outcome of the case, fundamental fairness suggests that he should have had a lawyer to articulate his interest and to assist on the critical and complex issues that were determinative of his future. Because [the child’s] interests were not represented below, and the outcome of the case will have a colossal impact on his life and that of his parents, we cannot overlook the failure to appoint counsel for him.

Many times, where there is a highly contested custody dispute, the best interests of the children require appointment of a neutral attorney to act as the child’s guardian and represent their rights and interests. See Auclair v. Auclair, 127 Md. App. 1, 16, 730 A.2d 1260 (1999). In Auclair, a guardian ad litem was appointed to represent the minor children in their parent’s contested divorce. While many parents may lobby to gain the Best Interest Attorney’s favor or his or her ultimate recommendation, the appointment of a best interest attorney is solely for the child’s benefit and support. In re Blaemire, 229 B.R. 665 (D. Md. 1999).

It is never ideal to have children testify. The Court’s appointment of a Best Interest Attorney can meet the objective of considering the children’s preferences without subjecting the child(ren) to the scrutiny of being in court or the later ramifications of believing they may have played a part in the dissolution of their family.

David Bulitt, Esquire is a principal in this firm’s Family Law Group and is often appointed by the Judges of the Circuit Court to represent children. David is an excellent resource to attorneys and colleagues who have further questions regarding Best Interest Attorneys and their role in representing children.

[1] The Court of Appeals later reversed the COSA holding stating: “The Court of Special Appeals erred in even addressing the Circuit Court's decision to defer the appointment of counsel for the child, as that was not a matter raised by Ms. Garg in her brief and was therefore not before the court. It was apparently injected sua sponte by the appellate court, without the benefit of argument, and then used to resolve the appeal.” Garg v. Garg, 393 Md. 225, 227-28, 900 A.2d 739, 740 (2006).