"I represent my clients the way I'd want someone to represent me. I find out what they want, address their worries and concerns, tell them their options, and advise them of the risks. If I'm unable to resolve the problems out of court, I am ready to stand up and fight for them." 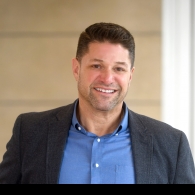 David Bulitt focuses his practice on complex family law cases, helping clients in Maryland and Washington, DC, through difficult times, including divorce, custody battles and other contentious domestic conflicts.  Clients regard David as both a skilled negotiator at the mediation table and as a staunch advocate in the courtroom.  Along with his wife of 35 years who serves as an in house therapist for The Discovery Channel, David recently published a best selling book digging into the complex world of couples and their relationships.

Although he has been involved in cases throughout the State of Maryland and in other jurisdictions as well, David most frequently litigates cases in the DC metropolitan area, including courtrooms in Montgomery, Howard, Frederick, Anne Arundel and Howard counties, as well as the District of Columbia. His clients often are women, ages 40 to 70, with a complicated mix of significant assets, marital and non-marital. "My goal is to help clients reach favorable divorce settlements that protect their rights, their assets and their children," as David put it.  "When settlement is not the best option, I'm fully prepared to take a case to the courtroom and try it all the way to the end."  David is an experienced and aggressive courtroom advocate who has successfully litigated divorce and custody cases since he first became a lawyer in 1986. For the last several years, David has served as a neutral mediator for other individuals and litigants looking to resolve domestic disputes. He has frequently been appointed a Best Interest Attorney by Maryland courts for minor children in contested custody matters and has a particular understanding of the concerns of families that include children with special needs.

David's novels, Because I Had To and Card Game were published in 2015 and 2017. The Five Core Conversations for Couples was published on Valentines Day, 2021 and has received multiple national literary awards. Kirkus Reviews featured the Bulitts book in march, 2021, calling it “a rollicking self help book...insightful, funny and painfully honest guide to navigating rough patches in relationships.”

The process of researching and writing books has made David an even stronger observer of the human condition.  "I'm better able to relate to clients, to understand their concerns and priorities. As a result, I'm more passionate than ever about defending my clients’ rights during divorce, particularly the interests of their children."

As might be expected for a published author, David reads a lot, mostly fiction.  "Classics and lighter stuff."  He enjoys long walks in the woods with his dogs, volunteers as the announcer for Sherwood High School’s girls’ sports teams, is a youth basketball coach and gets on his motorcycle whenever possible.  "Being on the bike is peaceful…keeps you focused, but free, all at the same time.”

David Bulitt In the News

All Blogs by David Bulitt