The law’s recognition of same-sex marriages following the U.S. Supreme Court’s ruling in June of 2015, has led to various scenarios that were previously not addressed in family law. Citing a same-sex divorce case, Conover v. Conover, where child visitation was in dispute, Bulitt and Taib-Lopez examine the legal implications of issues resulting from same-sex marriages and divorces. “In the era of marriage equality, Frosh’s opinion, followed by the evocations in Conover v. Conover, reflects the next wave in the area of law surrounding same-sex marriages founded on the principle of equal treatment in all aspects of marriage.”

As we move forward toward equal treatment under the law, the authors agree, “there is still much work to be done, adjusting the laws and adapting how the laws are applied, to accommodate all family types. But, as Nazarian so aptly stated, ‘We have to start somewhere.’”

For more information on family law matters, including divorce, child custody and visitation, contact David Bulitt at dbulitt@jgllaw.com or Rama Taib-Lopez at rtaiblopez@jgllaw.com. 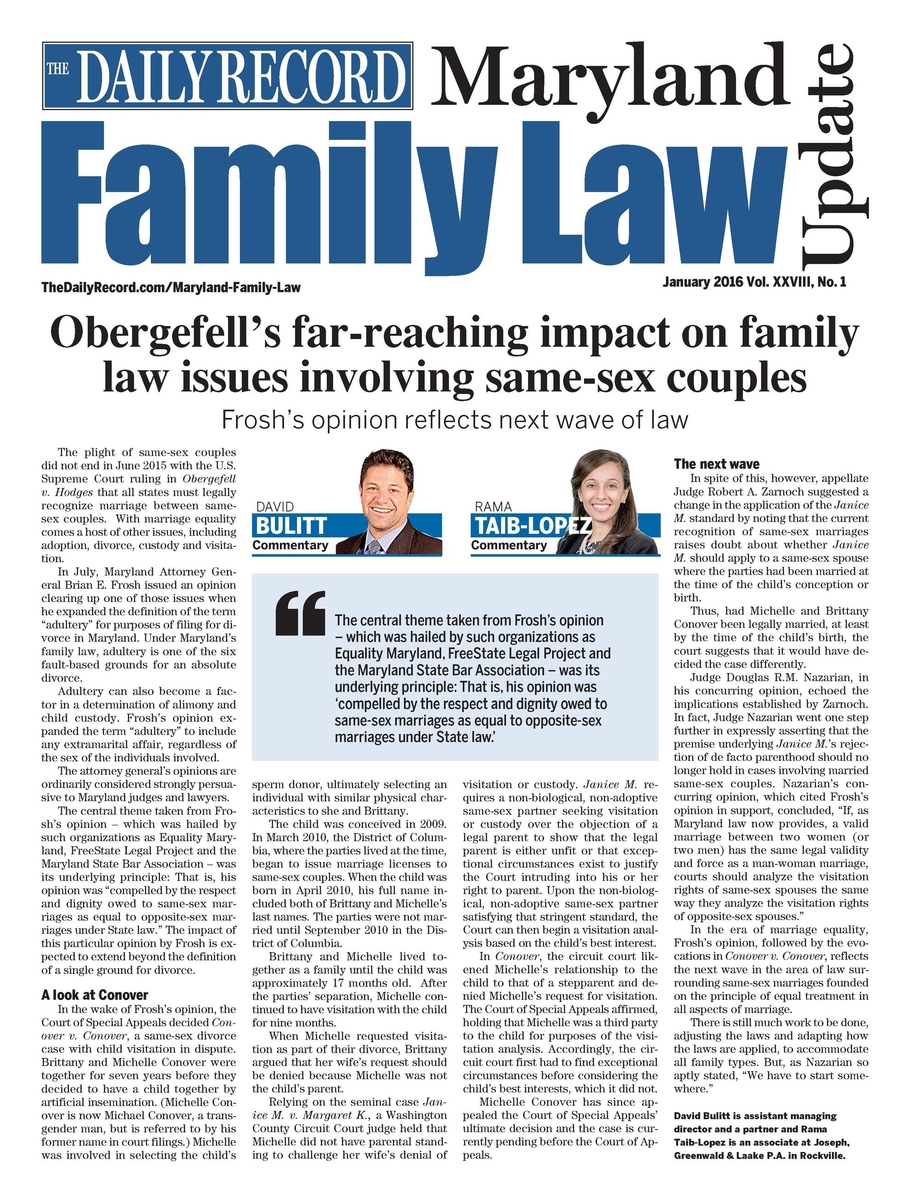