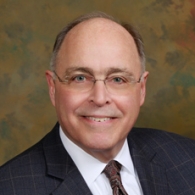 Pat Dragga has concentrated his practice in family law since 1979. He is admitted to practice in Maryland, the District of Columbia and the federal courts in those jurisdictions.

Mr. Dragga is a highly regarded family law practitioner whose advice and counsel are sought by professional colleagues and members of the bench. He is a frequent lecturer on family law topics, including business valuation, divorce taxation, equitable distribution and custody.

Often acknowledged as a Top Lawyer in Washingtonian Magazine, he is recognized as someone who is “bright, articulate and known for his sense of humor”. “He is adept at sorting out complicated property disputes especially when real estate is involved” and “combine(s) an understanding of financial complexities with a manner that can make you laugh.” Since 2007, he has annually been named in Baltimore Magazine as one of the top lawyers in Maryland and as a Washington, D.C. Super Lawyer.   Most Recently Mr. Dragga has been recognized on the 2020 Super Lawyers List as one of the Top 100 Lawyers in Maryland.

Patrick Dragga In the News

All Blogs by Patrick Dragga