"I represent whistleblowers from all around the country; together we uncover and fight fraud." 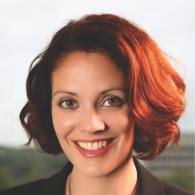 A principal in the False Claims Act and Civil Litigation departments, Veronica Nannis is a seasoned litigator who fights fraud.

Veronica proudly represents whistleblowers. For more than 17 years, clients have turned to Veronica to protect them while exposing fraud. Veronica leads a team that files suit under the False Claims Act in federal courts all over the country, focusing on health care fraud and various illegal kickback schemes. She relentlessly pursues fraud cases and protects her clients above all else.

Unlike in other cases, False Claims Act cases (aka qui tams) can often be filed in many different states. Veronica has had qui tams in a dozen different states and works with a range of different U.S. Attorney’s offices, numerous states Attorneys General and the Department of Justice to prosecute fraud all over the country.

Her whistleblower clients are employees or former employees with knowledge of the scheme. In healthcare cases, these may be sales representatives, doctors, nurses, physical therapists, home health aides, auditors, billing specialists or compliance officers. Despite reporting fraud internally, most employees cannot stop fraud on their own.

Veronica’s clients are often put in compromising positions. Faced with the choice of knowingly participating in fraud (putting reputations and licenses at risk, or even facing criminal consequences) or reporting the fraud, a brave few choose to report. That is when they need an experienced fraud attorney who will prosecute fraud while protecting the whistleblower from retaliation.

Fraud schemes run the gamut, but some of the typical Medicare or Medicaid schemes tend to include:

As an example of a past whistleblower case, Veronica represented two prominent surgeons in a False Claims Act case alleging that a fellow surgeon was receiving medical device kickbacks and performing medically unnecessary spinal surgeries on elderly patients. Shortly after the Government intervened in 2019, the large hospital system settled its portion of the case for over $20 million and entered into a corporate integrity agreement with the Health and Human Services Office of Inspector General for continued compliance monitoring.

In another example, Veronica filed suit against a large medical device company, Merit Medical, representing its compliance officer-turned-whistleblower. The complaint exposed an alleged nationwide illegal kickback scheme involving paying for advertising for physicians in exchange for their loyalty to Merit devices. Working in close partnership with the DOJ and the US Attorney’s Office, a compromise was reached in 2020. The deal resulted in an $18 million payment to the Federal and state governments and a relator’s share to the whistleblower. This settlement also resulted in the company entering into a corporate integrity agreement monitored by the Office of Inspector General to ensure ongoing compliance.

Another area of interest for Veronica are fraud cases related to the COVID-19 pandemic. Whether CAREs Act fraud or other fraud, these schemes are already occurring around the country. The government is investigating and are prioritizing these cases. The first COVID-related civil fraud settlement was announced in January 2021. More are certain to follow.

On April 29, 2019, the United States District Court for the District of Maryland named Veronica to the Consumer Plaintiffs' Steering Committee ("PSC") in the class action titled In re Marriott Int'l Customer Data Security Breach Litig., D. Md. MDL No. 19-md-2879. This multi-district litigation forms the largest data breach class action ever brought in the United States effecting more than 300 million Marriott and Starwood customers. The Court selected Veronica to serve as Consumer Plaintiffs' Co-Liaison Counsel from hundreds of plaintiffs’ attorneys nationwide who sought leadership positions in this record-breaking litigation.

In another class action, in 2015, Veronica and JGL’s team filed suit against major banks and commercial lenders, alleging a fraudulent real estate settlement services (“RESPA”) kickback scheme. In November 2016, the Court approved a settlement with Wells Fargo to pay back over $16 million to class members. Courts in Maryland and Ohio then certified two classes before more settlements – the Ohio case being the first class certification of a RESPA case in the Sixth Circuit. All in, the Court approved final settlements in that case totaling more than $30 million for class members.

If you have knowledge of fraud, consult with an experienced fraud attorney. Know your rights and your options. Read Veronica’s blog with key considerations for those thinking of blowing the whistle. Strict filing deadlines apply. The False Claims Act has strict provisions including denying recovery for all but the first-to-file against a company for the same fraud scheme. If you are considering reporting fraud, consult an experience attorney and act fast.

If you have knowledge of potential fraud and if you are considering blowing the whistle, click the above ‘contact me’ button to connect with Veronica Nannis for a free and confidential case consultation.

Veronica Nannis In the News

All Blogs by Veronica Nannis