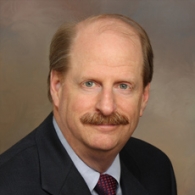 Jeffrey Hannon has been practicing law since 1974. He is admitted to practice in Maryland, the District of Columbia and all local Federal and Appellate Courts including the Supreme Court of the United States. Jeff has engaged in an active litigation practice for over forty years.

Jeff first concentrated his practice on civil litigation and criminal defense, handling numerous jury trials. Over time, he transferred those skills to family law matters, on which he began focusing exclusively beginning in the early 1990s.

Over the past twenty years, Jeff has become recognized as among the elite in the field of family law. He has acted as an expert witness in Court proceedings on questions of family law. Additionally, Jeff has taught at the Judicial Institute and testified before the Maryland legislature. Jeff is certified by the American Academy of Matrimonial Lawyers to arbitrate family law cases.

Jeff is the past President of the Divorce Roundtable. The Divorce Roundtable is a multi-disciplinary team of professionals who focus on the problems of the community and the courts when dealing with marital and domestic partner separations and their consequences. Jeff has been recognized by the Washingtonian Magazine, Washington Post and the Baltimore Magazine as one of the Washington area’s top divorce lawyers.  Mr. Hannon was most recently recognized in the December, 2016 issue of Washingtonian Magazine in the article "Washington's Top Divorce Lawyers".